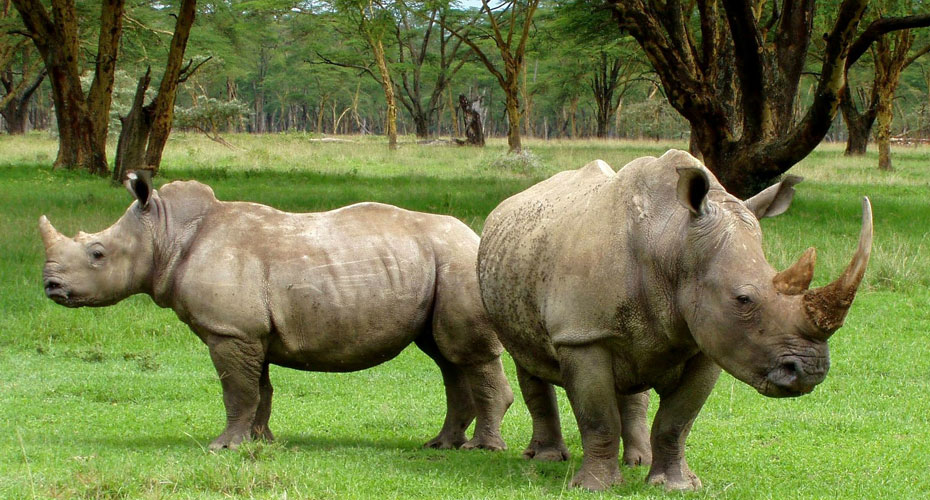 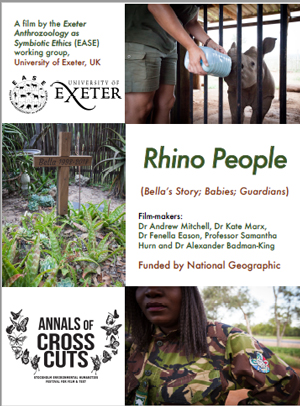 As part of the Perceptions of Rhino Poaching project, the project team made three short films ('Bella's Story'; 'Babies'; 'Guardians') which have been combined as a triptych documentary entitled 'Rhino People'. The films seeks to show the diverse and devastating impacts of poaching on rhinos and the humans who care for them in South Africa. They document some of the ways in which rhino deaths are experienced by surviving humans and rhinos. The films were inspired by scholarship from the environmental humanities which identifies the potential of ‘storied mourning’ as a catalyst for perceptual change. They are therefore intended as a form of activism, encouraging viewers to make an emotional connection with the human and rhino victims of poaching. Each short film has also been translated into Vietnamese for distribution with consumers or potential consumers of rhino horn, as Vietnam is recognised as the largest consumer base for rhino horn products. It is hoped that the films will initiate positive changes in consumers’ perceptions and behaviours in relation to rhino horn consumption.

Funding: $48,353 received from National Geographic through their call ‘Making the Case for Nature’.

South Africa’s populations of near threatened Southern White Rhinoceros (Ceratotherium simum simum) and critically endangered Black Rhinoceros (Diceros bicornis) have declined so dramatically as a result of poaching, that in 2012 the South African government declared a state of crisis. The crisis shows no signs of abating, with 1,028 of the country's rhino lost to poaching in 2017. Rhino are persecuted for their horn, which is a sought-after commodity across much of Asia and the Middle East. While rhino horn has long been associated with traditional Asian medicine, its reinvention as a status symbol and recreational drug means young people now represent a growing market. Consequently, the project's primary target audience will be university students hailing from countries where rhino horn consumption has been documented. The knowledge, attitudes and practices of these millennials in relation to rhino poaching and rhino horn consumption will be assessed before and after exposure to a novel form of multi-media campaign. The campaign will utilise imagery and narratives obtained by the project team during fieldwork in South Africa. Audience members' engagement will be measured against psychological markers of 'grief' and subsequent social media activity.