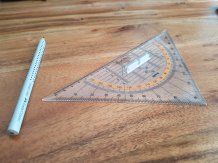 Experts believe the 1,357 grade 4 to 9 students in Japan who took part in the study struggled because they couldn’t both visualise shapes and apply mathematical theory to solve geometry problems.

Mathematics teaching needs to be rethought because children’s spatial reasoning skills are not developed enough, a new study says.

Pupils who took part in the research struggled with basic geometry problems, suggesting their knowledge about shapes isn’t checked often enough, and there needs to be more space on the curriculum for them to practice what they have learned.

Academics measured children’s spatial reasoning skills by asking them simple questions about which shapes fit together. Pupils could identify a main shape from an images made up of many but struggled to identify others.

Spatial reasoning skills help people to rotate shapes mentally to see how they would look in different directions. This is essential in professions involving IT and engineering. Experts believe the 1,357 grade 4 to 9 students in Japan who took part in the study struggled because they couldn’t both visualise shapes and apply mathematical theory to solve geometry problems.

Dr Tao Fujita, from the University of Exeter, who led the research, said: “We set very simple mathematical problems for pupils of different ages and found a low number of children could answer them correctly. Although these were pupils in Japan there is nothing to suggest the same issue won’t be seen in other countries.

“The issue may be teachers are making assumptions about children’s geometry skills. But we show it is important they keep checking their knowledge. Being comfortable working with shapes is essential in STEM/STEAM professions involving IT and engineering. It would be useful if schools checked, perhaps yearly, children’s spatial reasoning skills.”

The study, published in the Mathematics Education Research Journal, also involved academics from the Nara University of Education and Shizuoka University in Japan and the University of Southampton. They worked with teachers to run a lesson as part of the study, and also surveyed pupils.

The students would have learned about 3D shapes including cubes, cuboids, prisms, pyramids, nets and how to represent 3D shapes in 2D in previous lessons, but they could not use their knowledge and reasoning when they solve simple, but unfamiliar geometrical problems.

Almost all secondary students could recognise certain but not all angles in a cube.

About 30 per cent of primary school-age students mistakenly thought one side of a cube is the same length as the diagonal of its face. The correct answer is that the diagonal side is longer.

Students could use spatial visualisation to mentally rotate diagrams, but they struggled to determine where the triangle would be when drawn inside a cube.

Dr Fujita said: “It’s not enough to know the name of shapes, children also need to use their knowledge to solve problems. The curriculum should have more space for children to practice this. More opportunities should be given to primary and secondary students to practice their spatial reasoning skills and to consolidate their knowledge of geometry.

“Current Japanese curriculum for 3D geometry should be re-examined, and more learning opportunities might be given to both primary and secondary school students in which they can not only exercise their spatial reasoning skills but also consolidate and share, discuss and explicitly use what they have learned.”