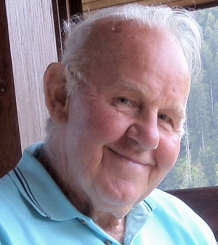 Geoff Edmondson was born in Preston (Lancashire) in 1938 and educated at Nelson School (Cumbria). He was conscripted to the Armed Forces (Royal Engineers) in 1956, and was posted to Cyprus for two years as a Cartographer (map maker).

Geoff decided to pursue a teaching career, securing a certificate of education (with Distinction) at Bognor Regis Training College (West Sussex) in 1960 and an Academic Diploma in Education at St Luke's College (Exeter) in the same year.

This led, in 1961, to a three year appointment as Teacher of PE at Queen Elizabeth's Hospital (Bristol), followed by a five year appointment as Head of PE at Newton Abbot Grammar School (near Exeter). In 1969, Geoff was appointed as Director of Sport at Queen's College (Taunton) and served for four years before he shifted into PE Advisory work for Hertfordshire Local Education Authority (LEA). In 1977, he was appointed Assistant LEA Inspector General for Kent LEA for 11 years.

Geoff joined the University of Exeter in 1988, as a part-time lecturer in PE and, a year later, was appointed to a similar position at the College of St Mark and St John (Plymouth) until his retirement in 2013. It was at these two universities where Geoff became a distinguished and inspirational tutor for countless students in PE and Sport Sciences. Such was Geoff's eminence that he was greatly in demand as a PE consultant everywhere from Papua New Guinea to the Isle of Wight and served as an inspirational adviser to many schools and universities in the UK.

Geoff is most acclaimed for representing England Schoolboys in rugby in 1956, receiving the prestigious OBE Award at Buckingham Palace in 2001 for services to PE and sport, being presented with the President's Certificate for exceptional contributions to the playing fields movement in 2002 and receiving the Personality of the Year Award from the British Judo Association for his contributions to the sport.

He was a titan in the field of safe practice in PE and his initiatives were recorded in books, journals and communicated at conferences, locally, regionally and nationally. He served for almost three decades as a distinguished Expert Witness (registered with the Law Society) in many courts throughout the UK and honoured as a Fellow of both the Royal Society of Arts and the British Institute of Sports Administration. Geoff also served on numerous committees, boards and associations such as General Secretary of the British Association of Advisers and Lecturers in PE (BAALPE).

Alongside his academic and professional pursuits, Geoff found time for other activities, from embarking on hiking and photographic expeditions in Norway to watching his grandsons and dearly beloved English premiership team, Exeter Chiefs, play rugby.

Geoff was known to friends and colleagues as a man of great warmth, optimism and adventurous spirit. Carole Raymond, former HMI and PE course leader at University of Exeter said that, "Some people just can't help making a difference in our lives. Geoff was one of those special people.  He was someone who always walked his values, and I have many cherished memories of the times we shared and the love he showed for his family and friends.  I know how lucky I am to have known him."

Geoff Edmondson died on 1st November 2014, and is survived by his wife Elisabeth; two children, David and Catherine; and five grandchildren.

We have created a space here for memories, reflections and tributes from anyone who knew Geoff. If you would like to add a message, please email us and we will include your message on this page. You are welcome to write in the second or third person, in prose or in poetry - whichever you feel best expresses what you would like to say. Also, please don't feel that it's 'too late' to add a message - we are happy to do so at any time.