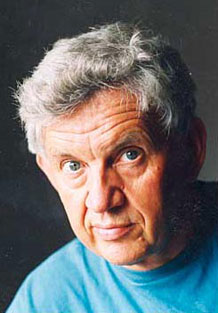 This webpage is to remember one of the Education community's most recognisable and accomplished colleagues, Professor Ted Wragg, Director of the Graduate School of Education from 1978 to 1994, who died November 10th 2005.

Ted Wragg was Emeritus Professor of Education at Exeter. He taught in primary and secondary schools and in two universities. He obtained his BA, a First in German, at Durham University, his MEd at Leicester and his PhD at Exeter University. He officially retired in 2003 but remained extremely active as a writer, researcher, teacher, broadcaster and adviser. He still taught students and mentored academic staff.

During his 34 years at the University of Exeter, Ted Wragg secured millions of pounds worth of research projects and wrote 800 academic articles and 50 books. He made many important contributions to UK education policy. His contribution was recognised by five honorary degrees, including the University of London and the Tavistock Institute. He was made an Academician of the Learned Societies for the Social Sciences in 2003. A prolific education commentator, he also generated more media coverage than many entire departments!

Professor Wragg lectured at about 20 national and international conferences a year. He regularly taught in local primary and secondary schools, including a GCSE class and a reception class last year. He was a major innovator in teaching. His PGCE course in Educational Studies, first developed in the 1970s and 1980s, was widely copied in other universities. Significant developments in educational technology included two CD ROMs, and two DVD ROMs for the Teacher Training Agency on 'Teachers' Questioning' and 'First Encounters'.

He served as a member of the Board of the Qualifications and Curriculum Authority. He was the former President of the British Educational Research Association, an adviser to a Parliamentary Select Committee on the attainments of school leavers, and chairman of the Educational Broadcasting Council of the UK. In 1992 he chaired the Research Assessment Exercise Panel for Education. He was Chair of the judging panel for 'The Platos', the annual awards for outstanding teachers.

Professor Wragg was the author of over 50 books on a wide range of topics, including teaching skills, teacher appraisal, literacy, research methods, teacher training, assessment, curriculum, many of which have been translated into other languages, including Arabic, Chinese, Indonesian, Polish and Portuguese. He also wrote a 120 book reading scheme and produced two CD ROMs, a DVD ROM, and many videos and audiotapes.

He was a regular columnist in the Guardian and Times Educational Supplement. He was the presenter or contributor to numerous radio and TV series and items on education.

Publications - a selection of books

Several of these have been translated into Chinese, Arabic, Spanish, Portuguese, Greek, Polish, Indonesian, Sri Lankan. Plus over 800 articles in books, research and professional journals, newspapers, and conference presentations. Regular columnist in the Guardian and Times Educational Supplement.

Taught all years of the undergraduate course and postgraduates in the university, lectured at about 20 national and international conferences a year, and regularly taught in local primary and secondary schools, including a GCSE class and a reception class. Major innovator in teaching. PGCE course in educational studies, first developed in the 1970s and 1980s, widely copied in other universities. Significant developments in educational technology include two CD ROMs, and two DVD ROMs for the Teacher Training Agency on 'Teachers' Questioning' and 'First Encounters'.

Trustee or patron of:

Presenter of and contributor to numerous radio and TV series and items on education, including Chalkface (Granada), Crisis in Education (BBC), The Education Roadshow (BBC), The Education Programme (BBC), Pebble Mill at One (BBC), Teaching Today (BBC), Panorama, BBC News, News at Ten, Channel 4 News, Sky News, You and Yours, Today, File on Four, World in Action, Weekend World, PM, The Moral Maze, The Jonathan Dimbleby Programme, Any Questions etc. Currently presenter of three series on Teachers' TV, including the innovative 'Hot Research', which brings research findings to teachers.