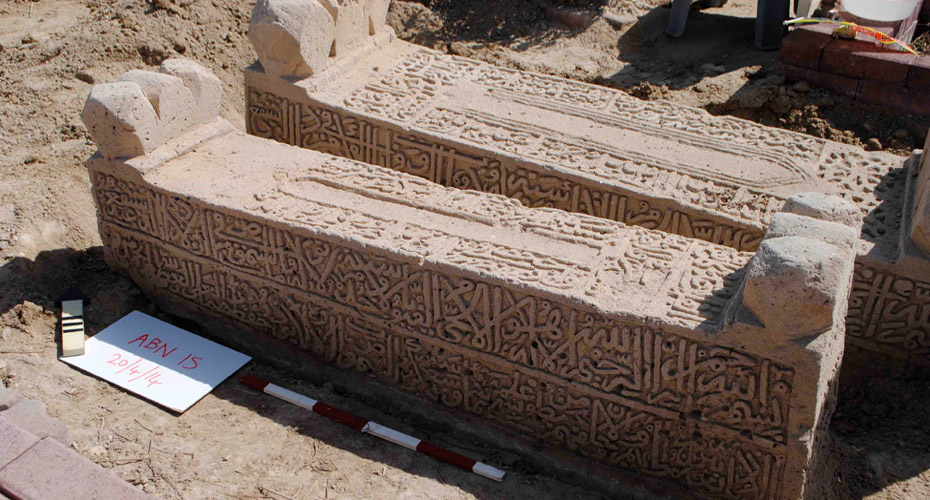 This project (2014-2018), generously funded by the Court of the Crown Prince and Prime Minister of Bahrain, compiled an inventory and catalogue of all Islamic funerary inscriptions on Bahrain pre-dating 1900 CE. A total of 150 gravestones were recorded in 26 cemeteries, shrines, mosques, and museums. Of these, 38 were exposed through archaeological excavation and 106 had inscriptions which provided a wide range of biographical and historical information. Data on the contemporary use and meaning of the historical gravestones and the material culture associated with graveside commemoration in Shia cemeteries has also been collected and was the focus of an exhibition in the Street Gallery, IAIS. The inscriptions were published in a monograph (Insoll, T., Almahari, S., and MacLean, R. 2018. The Islamic Funerary Inscriptions of Bahrain. Pre-1900 CE. [Handbook of Oriental Studies Series] Leiden: Brill).

The research was completed in co-operation with the relevant local communities in Bahrain and with permission from the Jaffaria Waqf, Sunni Waqf, and Bahrain Authority for Culture and Antiquities, and a short video giving an insight into the project in English and Arabic and made by Dr Salman Almahari is available below.