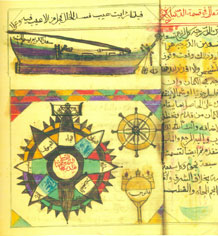 The Bombay Diaries are photocopies of the daily records of the British Government of Bombay (run by the East India Company) from the Bombay Archives in India. The 4,000 pages of extracts held in AWDU were selected for their relevance to the Gulf.

All other other material is findable by title, keyword and so on in the library catalogue.

The Unit holds most of the titles relevant to the Gulf region, containing British documents up to 1963, and some of the original documentation that was collected by Archive editions but never published.

This mainly consist of material from government departments, central banks or monetary agencies, commercial banks and companies, and from other non-commercial sources in the country such as universities, research centres and institutes. Statistics, directories, reports and reference materials have also been included.

This was set up in 1991 to monitor the humanitarian effects of the Iraq - Kuwait war, and includes international reports and documents, press cuttings files, etc. The project was continued until 1995, and the consequent archive was then sent to Exeter. Some updated material has been added.