Gender and Settler Colonialism: Women's Oral Histories in the Naqab 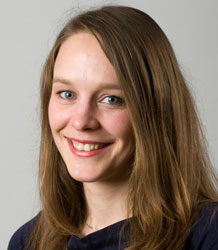 The project “Gender and Settler Colonialism: Women’s Oral Histories in the Naqab” contributes to the AHRC’s highlight notice “Care for the Future: Thinking Forward through the Past”, and, specifically, to its thematic focus on “global trauma/conflict and transitions to new futures”. By collecting, analysing and preserving the oral histories of Naqab Bedouin women in Israel, who have been subjected to discriminatory settler-colonial policies by the Israeli state for more than 60 years now, the project hopes to strengthen this indigenous community’s historical and cultural consciousness, and thus their struggle for a just future.

The Naqab Bedouin constitute today approximately 200,000 Palestinian Arab citizens of Israel, most of whom live in the Bi’r as-Saba’ area in the Northern Naqab region of Israel. Their struggle against Israeli government policies to forcefully displace them from their homes and villages has recently received increased international attention. On 30 November 2013 protestors took to the streets in different towns in Israel and Palestine (as well as in other cities in Europe, the Middle East and the US) to protest against the Israeli government’s Prawer Plan to demolish 35 “unrecognised” Bedouin villages, evict ca. 40,000-70,000 Bedouins from their ancestral lands, and forcefully resettle them into government-planned townships. Such Israeli settler-colonial policies (and protests against them), however, are not new. The Naqab Bedouins have a long history of anti-colonial struggles. Women have played, and continue to play, an important (albeit often hidden) role in these.

Naqab Bedouin women’s historical accounts have so far received little attention. Failing to understand that ‘the personal is political’, mainstream historiography often misrepresents women as politically inactive, and their accounts as irrelevant, apolitical, or even factually incorrect. The project counters such male, elite-dominated master-narratives, proposing instead a gendered 'history from below' based on Naqab Bedouin women’s own oral testimonies (which will be collected during 8 months fieldwork).  The collected data will be analysed through the theoretical lens of settler colonialism, tracing Bedouin women’s different formal and informal political agency from 1948 to the present, and investigating how Israeli military, sedentarisation, modernisation, transfer and other settler-colonial policies have transformed local gender norms and practices.

Documenting women’s oral testimonies is crucial at this moment in time: survivors of the Nakba, i.e. those who have witnessed the expulsion in 1948, are becoming few. Given that Naqab Bedouin culture is largely based on orality (where historical events are rarely documented in written form), the life stories, historical narratives and cultural knowledge of elderly Bedouin women are likely to be lost if not recorded now.

Based at the European Centre for Palestine Studies under the mentorship of Prof. Pappé and benefitting from expert advice by Dr Mansour Nasasra, the project also relies on international cooperation in the Naqab and the US.  The project follows on from an international workshop on the Naqab Bedouin held at the Institute of Arab and Islamic Studies.

A Series of Community Workshops on Oral History in the Naqab

A series of community workshops on oral history were held in cooperation with the Rahat Youth Centre (Markaz ash-Shabab), organised by Dr Mansour Nasasra, (Council for British Research in the Levant, Kenyon Institute Jerusalem), Dr Sophie Richter-Devroe (University of Exeter) and Atwa Abu Frieh (Rahat Youth Centre). On 5 April 2014 a workshop on oral history was held at the Rahat Youth Centre (Markaz ash-Shabab) with twenty-two BA and MA students from the Naqab. This workshop was part of the AHRC funded project Gender and Settler Colonialism: Women's Oral Histories in the Naqab. The workshop engaged and trained members of the local community in oral history and created a dialogue between members, scholars, and representatives of the community. It targeted specifically younger members of the community to raise their historical awareness and train them in oral history. Please see the agenda. Given the strong interest which this first workshop generated a series of follow-up events on oral history in the Naqab were organised. On 26th April 2014 Ahmad Amara, New York University, gave a presentation to students on his fieldwork-based research project in the Naqab, focusing on methodological challenges. On 21 March 2015 a study trip to Jerusalem was organised for ca. 20 Naqab Bedouin students. The students were given guided tours and lectures at the Issaf Nashashibi Center for Culture and Literature (its library, archive, and cultural center) as well as at the Palestinian Heritage Museum of Dar al-Tifel in East Jerusalem. The study trip initiated discussions, and raised interest in the possibilities and challenges of creating an oral history archive in the Naqab.

Book presentation “The Naqab Bedouin and Colonialism” at the Library of Congress, Washington DC.

On 6 April 2015 Dr Mansour Nasasra (Council for British Research in the Levant, Kenyon Institute Jerusalem) and Dr Sophie Richter-Devroe (University of Exeter) presented their co-edited volume “The Naqab Bedouin and Colonialism: New Perspectives”  (2014) at the African and Middle Eastern Division of the Library of Congress, Washington DC. As part of the presentation findings from the AHRC-funded oral history project were also presented. Please see the video recording here.

Workshop on “Representations of “Indigeneity” in Settler-Colonial Contexts: The Case of the Naqab Bedouin”

The Naqab Bedouin have a long history of being spoken for and represented through various discursive frames in different activist, policy and/or scholarly circles. It is, of course, mainly the Israeli settler-colonial regime that dominates the politics of representation in and of the Naqab, but Palestinian nationalist agendas, international funding priorities, the Israeli tourist industry, pressures for policy relevance and impact in academia, as well as NGO advocacy and international solidarity activism also play increasingly significant roles. This workshop aimed at contextualising and critically discussing the various ways in which the Naqab Bedouin have been and are being represented, paying particular attention to more recent, often claimed to be ‘indigenous’ or ‘decolonising’, discourses.

Conference on Settler Colonialism in Palestine & Workshop on the Naqab Bedouin, 2-4 October 2015, University of Exeter

This conference examined the validity of the settler colonial paradigm in the context of Palestine. It encouraged interdisciplinary and comparative approaches to the study of settler colonialism in Palestine, in order to build bridges between settler colonial studies and other disciplines, as well as to challenge Israel’s Israel’s alleged exceptionality. The last day of the conference was dedicated to a workshop on the Naqab Bedouin with the aim to discuss, debate and shed light on the various forms of subaltern politics that can develop in complex settler colonial contexts, such as that of the Naqab. For more details please see here.

This event on the Naqab Bedouin was co-organised with the School of Advanced Studies, University of London and Minority Rights Group, London. It aimed to raise awareness and further interest among policy-makers, development practitioners and scholars on the Naqab case. In particular, it provided a platform for local Naqab Bedouin women to voice their viewpoints, and attract attention to their forms of activism in the Naqab Bedouin’s struggle. For more details, please see here.