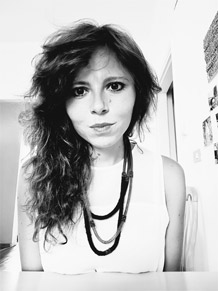 The Middle East and North Africa region has gone through profound transformations in the past decade. Popular mobilisation, political unrest, regime change, territorial fragmentation and large-scale displacement are all crucial phenomena that are framing the course of events in the region and are at the core of my research agenda. In the past years I have worked in two major fields of research: popular mobilisation and the refugee crisis.

My interest in researching popular mobilisation was motivated by the wave of upheavals that erupted in the Arab world, a region that for decades had been dominated by autocratic regimes and which saw few signs of civic mobilisation. Yet, suddenly everything changed. How did it happen? What triggered the revolts? What broke the barrier of fear? In my recent book, New Media and Revolution: Resistence and Dissent in Pre-Uprising Syria I provide an alternative approach to the study of the Syrian uprising by examining the impact that the development of the new media had in reconstructing forms of collective action and social mobilisation in authoritarian settings like Syria. Although my area of research is the Middle East, I have not isolated my focus to this region only but I have drawn comparative lines with the “Arab Spring” phenomenon and its local ecologies of protest and with its global counterparts that in the past decade have seen citizens empowered by new media technologies in their struggle against authoritarian rule, economic austerity, and social inequality.

The second area of research is the displacement crisis that is unfolding in the region and the wider Mediterranean basin. Although episodes of forced migration are not new in this part of the world, today the MENA region is experiencing an unprecedented number of refugees and economic migrants. The seemingly endless wars in Syria and Iraq have produced the greatest share of the Middle East’s refugees, while many others have fled wars and failed states in Afghanistan, Yemen, Libya and Sudan. My current research focus is on the displacement of Syrian refugees in the region and more specifically in the context of Lebanon. The Global Challenge ESRC postdoctoral fund allowed me to conduct extensive research on the micro-politics of refugee crisis management in Lebanon, meaning understanding the role that municipalities have played in responding to the refugee crisis. Beyond the intellectual value of this study, the research has more practical aspirations, namely identifying a model of grassroots and bottom-up refugee management in Lebanon aimed at ‘localising’ the response, transforming local authorities and the territory into catalysts for change.

Students willing to pursue research on the following topics are welcome to get in touch with me:

I'm particularly interested in research projects that focus on the MENA region as well as studies that employ a comparative approach with other areas of the Global South and make use of inter and/or multi-disciplipary methodological approaches.

Areej Jafari (w Ilan Pappe): The implications of refugee preferences on return: the case of the Palestinian-Israeli conflict

I received my PhD in Middle East Politics from the Institute of Arab and Islamic Studies, University of Exeter in 2016. My doctoral research examined the impact that the development of new media had in reconstructing forms of collective action and popular mobilisation in Syria. By working on a situation of political unrest and competing political mobilisations, I have acquired valuable experience in dissecting and producing scholarly work in contexts where research is otherwise seen as difficult, problem-ridden and inaccessible. Fieldwork was in fact conducted in Syria and the neighbouring countries of Turkey, Lebanon and Jordan. In these countries, I undertook extensive field observation, interviewing media professionals, activists, international stakeholders and local institutions supporting media literacy projects.

The end of my thesis research released further intellectual and investigative energies, which have been inspiring for several new projects. I have worked as a Teaching Fellow at the University of Bath between 2015-2017, teaching courses in Middle East Politics and International Relation Theories at the University of Bath. In 2017, I won the Global Challenges ESRC Postdoctoral Fund at the Institute of Arab and Islamic Studies, University of Exeter. The research on The Micro-politics of the refugee crisis management: the case of Lebanon’s municipalities looks at the politics of response to the refugee crisis at municipal and district level in Lebanon in order to enhance the effectiveness and efficiency of humanitarian response and provide stakeholders with on-the-ground knowledge of the political dimension of the refugee phenomenon in Lebanon.

Beside my academic experience, I have worked in non-academic environment like the Italian Development Cooperation in Jerusalem between 2011-2012 and the European External Action Service (EEAS), Crisis Response Unit in Brussels between 2014-2015. My interest in the topic of refugees and migration issues, which shaped my postdoctoral research, was influenced by these two job experiences, having to work on the displacement of the Palestinian people in the first place and on Syrian refugees at  the EEAS.