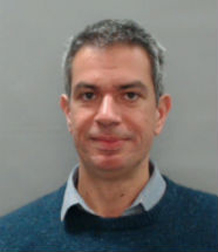 I am Professor of Political Economy and Global Development at IAIS, University of Exeter, and Joint Chair at the Institute of International and Area Studies (IIAS) at Tsinghua University, Beijing, China.

My research focuses on the political economy of the Middle East, with a particular emphasis on the six states of the Gulf Cooperation Council. My work examines the role of the Gulf states within global capitalism; as well as the ways in which capital accumulation in the Gulf impacts wider issues of development in the Middle East, including inequality, poverty, and social polarisation. I think that the Middle East is too often absent within the general critical political economy literature, and am particularly interested in how the study of the Middle East might inform wider theoretical debates around class and state formation, race, migration, finance, and imperialism.

Many of my research interests are informed by living and working in the Middle East, including Palestine and the UAE. Prior to joining the University of Exeter, I was a Professor of Development Studies at SOAS, University of London. I taught at SOAS for 10 years, where I was a founding member of the Centre for Palestine Studies and active in the London Middle East Institute. I also served as co-chair of the SOAS Centre for Migration and Diaspora Studies between 2018 and 2020. I am a member of the Board of Directors of MERIP, the Middle East and Research Information Project, based in Washington D.C., and am currently convening the ‘New Regionalisms’ Working Group at the Arab Council for Social Sciences in Beirut.

I work on issues of critical political economy, with a particular focus on the following themes:

I am happy to supervise or co-supervise students working on my research interests (see above). Please get in touch if you would like to discuss a proposed topic.

I hold a PhD in Political Science from York University, Toronto, Canada; an MA in Regional Studies from Al Quds University, Palestine; and a BSc from the University of Adelaide, Australia.