Digital innovation in project-based learning: toward a model for praxis 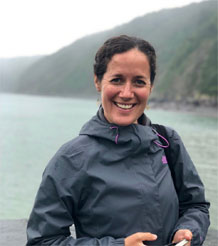 I joined the Institute of Arab and Islamic Studies as a Lecturer in Gender Studies in 2016, focusing on gender in the Middle East. My research explores how gender and sexuality shape - and are shaped by - political participation and mobilisation, conflict and political violence, and political emotions. I take particular interest in micro-politics, or the politics of everyday life, and psycho-social dynamics.  As an ethnographer I work with feminist research methods, as well as feminist and gender theory more broadly. My research and teaching both emphasise creative methods, from visual ethnography to digital storytelling and participatory action research.

My recent book project - Sustaining Conflict: Apathy and Domination in Israel-Palestine - was awarded the 2017 Feminist and Women's Studies Association (UK & Ireland) Book Prize. Using a combination of ethnographic material, narrative, and political, cultural, and feminist theory, it examines how existing political conditions in Palestine/Israel are maintained through apparent passivity among leftist Jewish Israelis. The book argues that we must understand apathy not as an absence of action or will - rather political apathy emerges as a form of active disengagement, oriented toward self-preservation.

Following this project my research has shifted focus to decolonisation, in particular feminist decolonial politics in comparative and transnational perspectives.

My research interests include political participation and mobilisation; feminist and gender theory; conflict and political violence; political emotions and sensation; decolonisation and anti-colonial movements; feminist research methods; and gender and sexuality in the Middle East.

I am also interested in critical and creative pedagogies, particularly those that foster political engagement within Higher Education classrooms.  In 2018-19 I was awarded an Education Incubator fellowship for a research project with Dr. Kerry Chappell (GSE), which explores the intra-action between digital technology, creative pedagogies and project-based learning.

Please feel free to get in touch about superivison if your work falls within any of my broad research interests:

I am particularly interested in working with students on projects that engage with feminist decolonial theory and praxis in parallel, comparative or transnational contexts, as well as projects focusing on alliances and solidarity.

I am involved in supervising the following recent/current PhD research projects:

I received my PhD in Gender Studies from SOAS, University of London, where I also earned an MA in Near and Middle Eastern Studies. Prior to this, I graduated from the University of Wisconsin-Madison (USA) with a BA in Women's Studies, and concentrations in Eastern Religions and African-American History.  I joined the Institute of Arab and Islamic Studies as a Lecturer in Gender Studies in 2016.

In addition to my academic pursuits, I enjoy running, swimming, cycling, yoga, gardening, film and music!  And I am learning to become a beekeeper...