Party System and Democracy in the Maghreb

Party Systems and Democracy in the Maghreb 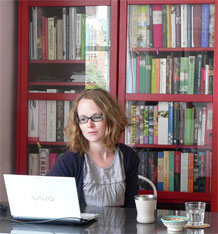 Democracy and democratization. Parties, party systems, and party system institutionalization. These are the topics at the core of my research agenda. While I occasionally work on cases outside of the Arab World, this is where my heart lies. In fact, it belongs to North Africa, and the Maghreb in particular. Over the past few years, I have published, lectured and debated widely on issues relating to the state of democracy and the likelihood of democratic, political change in North Africa. Most notably, I have recently published Party Politics and the Prospects for Democracy in North Africa (Lynne Rienner, 2013) and ‘The Fragile Tunisian Democracy’ in Gana (ed.) The Making of the Tunisian Revolution (Edinburgh University Press, 2013).

With the eruption of the Arab Spring, there has been an immense surge in demand for research and publications on the state of the democratization process in the Middle East and North Africa. In short, does the Middle East and North Africa appear to be changing politically? And in which direction(s)? Given my field of interest, and the reality that I have explored issues relating to parties and party systems in North Africa in greater detail since the beginning of my career, my research agenda over the coming years will take a slight change of course with a view to generate new knowledge and bring in a breath of fresh air. While I will maintain my emphasis on political parties and the role played by these in the democratization process, the perspective will be Western in the coming years. What I am particularly interested in exploring is how the Arab Spring has impacted upon party aid given by the various European and US party foundations to political parties across the Arab World. Has the Arab Spring led to a change in objectives, in how recipients are selected, and in the budgets committed to this type of democracy assistance? These are some of the topics that I will be exploring in the years to come.

My research agenda has always, as already mentioned, centred on the subject of democracy. Although the focus has often been on North African politics (see, for example,Democratization in Morocco), this has not always been the case. I have also published on party assistance (‘Problems of Party Assistance in Hybrid Regimes’ with Nicole Bolleyer), on radicalization (‘The Persistence of Authoritarianism as a Source of Radicalization in North Africa’ and ‘The Dilemma of the Islamists’), and definitions of democracy (‘An Elemental Definition of Democracy and its Advantages for Comparing Political Regime Types’). I am not, in other words, a clear-cut area studies person. All my research is highly theory-driven, and my main interest is democratization theory. However, there is no denying that my passion for the politics of the Middle East and North Africa is almost equal.

My research is located in the Middle East Social Sciences cluster within the IAIS, and I am a member of the cross-departmental CEMAP, which focuses on electoral and party politics.

I work on all of the above themes, mainly within the context of the Middle East. However, I also focus extensively on Latin America and dabble in sub-Saharan Africa and the West Balkans.

I am happy to supervise students working on democracy, democratization, authoritarianism, political parties, and party system institutionalization as well as international aid and development relating to SDG16. The cases studied do not necessarily have to be Middle Eastern or Muslim – as an associate of the Exeter Centre for Ethno-Political Studies (EXCEPS) and the Centre for Latin American Studies (CLAS), I also welcome students working on Latin American and African politics.

I expect my students to reside in the UK and/or to travel to Exeter on a regular basis (at least once every two months).

Students supervised by me must have a firm grounding in political science or have good work experience in a relevant field.

I have seen quite a number of students through to completion, including Dr Anaïd Flesken (co-supervised with Prof. Stansfield), who worked on the relationship between electoral systems and ethnic conflict in Latin America; Dr Mona Farag, who owrked on women in the Muslim Brotherhood in Egypt; Dr Abdelouahed Motaouakal on al-Adl wal-Ihsan in Morocco; Dr Billie Jeanne Brownlee (Syrian media and resistance); Dr Irwan Mohamed Syazli on Malaysian Islamist parties and the Arab Uprisings; and Dr Emman el-Badawy (education and democracy in Egypt).

At present I supervise:

In addition to teaching and research, I am heavily engaged in administrative and managerial roles. I have previously held the roles of Director of Research and Director of Education (IAIS) as well as Chair of the Ethics Committee (College of Social Sciences and International Studies) and member of the Ethical Review Group (University of Exeter). Presently, I hold the following posts:

Outside of the University, but related to my field of study, I am a founding member of REPRESENT, which is a research center for the study of parties and democracy, bringing together academics and practitioners. For more information, please see the REPRESENT website.

2010-2011: Conference convenor responsible for convening the annual conference of the British Society for Middle Eastern Studies (BRISMES). The event took place in June 2011, and brought together some 200 participants from across the globe.

2010-2013: Reviews editor for the academic journal Mediterranean Politics, which is published by Routledge/Taylor and Francis.

2010: Fellow of the Higher Education Academy.

2009: Visiting Fellow, Institut Français des Relations Internationales (F). The post was never taken up due to the birth of my daughter in May 2009.

Thesis: The Limits and Opportunities of Democratization from Above: Moroccan Political ‘Games’, 1956-2005.

The first year of the degree was spent at Leiden University (NL), Department of Public Administration.