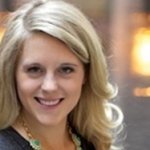 Studying in the UK, especially at Exeter, opened the door to many career opportunities in London and internationally. I noticed that the university has an excellent reputation among the major international law firms based in the UK as well as with the local firms in Devon.

Since I left Exeter I have been studying for my Canadian equivalency exams to be completed in May. I will begin my articling (training contract) in August as in-house legal counsel at an international infrastructure company based out of Spain. I am hoping to be called to the Ontario bar in Canada the following year. 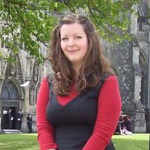 Deciding to leave Canada in order to pursue my studies at the University of Exeter was one of the most difficult decisions that I have ever had to make.  Fortunately, it was also the best decision that I have ever made!  Upon my arrival at the university the members of staff in the School of Law made me feel welcome and provided me with immediate support - both academic and pastoral.  Soon after, I was incredibly pleased to find that Exeter is a safe and friendly city for international students and I believe that it must surely be one of the best places to live in the UK.

My time spent at Exeter thus far has been exciting, challenging and most importantly it has also  been rewarding.  I have had the opportunity to not only benefit from receiving a world-class education but I have also been fortunate enough to create friendships that will last a lifetime and establish invaluable connections with top academics in my field.  I have had an overwhelmingly positive experience at Exeter and recommend it wholeheartedly to anyone who is looking to broaden their horizons at a fantastic university set in the heart of Devon's countryside. 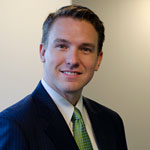 I have greatly enjoyed my time reading Law at the University of Exeter. From the quality of the faculty, to the idyllic setting in the Devon countryside, Exeter has something to offer everyone and I would encourage prospective students to add the University to the top of their list of applications.

Academically, the University is highly regarded both in the UK and internationally. In particular the Law program has a high proportion of international students, and the program is one that looks beyond the borders of the U.K and into Europe and beyond. It is quite common to cite cases from jurisdictions from around the world. As an international student, you are readily encouraged to bring a global view into your studies here.

As a Canadian that is used to harsh winter weather, the climate in Exeter could not be more temperate. While it does frequently rain, the distinct lack of snow is a definite benefit - just be sure to pack an umbrella.  The city of Exeter is large enough to offer everything you will need during your time here, but retains a small-town feel. The city is very quaint.  Most significantly for me was the ease of travel beyond the city. Exeter has excellent rail service to London, which makes travel back home easy.

On a final note - I want to speak about something that is intangible, but was instrumental to my success as a student at the University. I have found the amount of support available to students here to be beyond anything I have experienced during my time at other Universities. Quite simply, the faculty want to see you succeed here. The feeling is both refreshing and encouraging. As a student, this is one of the best reasons I can suggest to any student that is considering applying to the University of Exeter