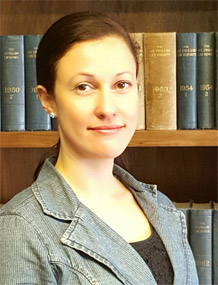 Dr Ana Beduschi presented her research on the legal implications of the use of the concept of vulnerability by human rights courts for the protection of migrant children's rights.

This major international conference was hosted by the Refugee Studies Centre at the University of Oxford and aimed to reflect on the role that Refugee and Forced Migration Studies can play in the world.

Dr Beduschi's presentation focused on the protection of migrant children's rights in the context of the ongoing migration crisis. She critically examined the judicial understanding of vulnerability as exposed by the European and the Inter-American Human Rights Courts. Although without an express legal basis in international human rights law, the concept of vulnerability has recently been increasingly relied on by these two Courts in the context of international migration. She argued that a more substantial approach to migrant children’s rights, based on the concept of vulnerability and on the principle of best interests of the child, is needed in order to foster a stronger protection of these children in the long term.

The conference was an opportunity to reinvigorate scholarly debate around this pressing social issue. By bringing together academics, policy-makers and practitioners, the conference contributed to develop a research agenda and actively engage meaningfully with the long-term challenges of forced displacement.