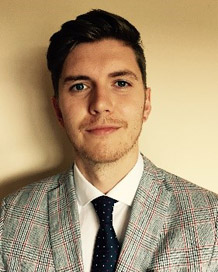 Dr Adam McCann, Lecturer in Law, who specialises in comparing the law on end-of-life medical decisions, was requested by one of Ireland’s leading national radio talk shows to give his views on a tragic homicide case.

On Friday 16 December 2016, an Irish doctor was cleared of killing her profoundly disabled daughter. Emily, aged 11, suffered from microcephaly and chronic epilepsy, she could not speak or move and suffered numerous massive seizures. There was no cure for her suffering. The GP was charged with gross negligence manslaughter by giving her daughter too much sedative. The jury returned a unanimous not guilty verdict, a decision which received widespread praise. The general public and media reported the outcome as scant justice for, in the prosecution’s words, “a mother who loved her daughter very much and cared for her to the highest level.” The defence counsel successfully showed that it was not proven beyond reasonable doubt that Emily did not suffer a fatal seizure due to her illness or that Emily’s mother had acted to a very high degree of negligence in administering a large amount of sedative.

In his short radio interview, Dr McCann touched on a key finding in his research. He stated: “we need to reform the law to make exceptions in these types of cases and to avoid dragging benevolent family members or doctors through the horrors of a public criminal trial only to the right thing at the last moment by acquitting them of any wrongdoing.”

Referring to a phenomenon that Dr McCann has noticed not only in Ireland, but also in England and Wales, France, and Switzerland, he concluded that  it is no longer adequate “to rely on impossible questions of causation, dubious legal techniques, or the compassion of a jury” to address the “disconnect between the severity of the law in the books and the general public’s view on reprehensible behaviour.” He concluded that “a better solution is to commence a serious discussion about end of life” and to consider “a system of ex-ante safeguards and controls which allows people suffering unbearably and uncontrollably to be assisted in dying.”