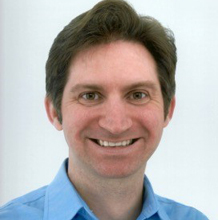 Noel Trew, a doctoral student at the Strategy and Security Institute and Exeter Law School, has recently joined the International Law Department at the British Red Cross’s head office in London. Noel’s research was supervised jointly by Dr Aurel Sari from the Law School and Dr Catarina Thomson from the Politics Department.

Noel’s work explored why it has been difficult to secure accountability for certain violations of the targeting rules under international humanitarian law. The rules on precautions in attack and proportionality require attackers to properly identify military targets, to understand the potential effects of their choice of weapons and to ensure that the expected civilian collateral damage which might arise from an attack is not excessive when compared with the anticipated military advantage gained from striking nearby military targets. As wars are increasingly being fought in urban areas, ever more civilians depend upon belligerents’ good-faith compliance with these rules.

Though the rules on precautions in attack and proportionality provide guidance for commanders and their troops as they set up their attacks, violations have been notoriously difficult to adjudicate after the fact. To understand why this is the case, Noel interviewed officials from the US and UK defence communities and officials from domestic and international courts where cases of disproportionate attacks could be tried. Using the information collected from these interviews and prior case studies, he created a strategic model of how national officials and court officials have historically dealt with suspected violations of these rules. From the model, he predicted what conditions would need to change in order to bring about greater accountability for violations in the future. In essence, the key change that would need to occur is for State officials to view the legitimacy they would gain from upholding a stricter liability regime to be more important than the military flexibility they currently enjoy under the present liability regime.

While working on his Ph.D. research, Noel was a refugee support and international family tracing caseworker with the British Red Cross in Bristol. In his new role as an international law adviser, he will be delivering training on international humanitarian law for professionals in government, the media and other NGOs. He will also be advising the British Red Cross and others on matters relating to the Fundamental Principles of the Red Cross/Crescent Movement and on any legal issues which might arise regarding the use of the Red Cross emblem.