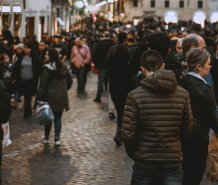 The statistics were collected as part of the Gender Recognition and Reform (GRR) Project at the University of Exeter Law School, which is a PhD project funded by the Economic and Social Research Council.

Introducing a third legal gender option is popular with the majority of trans and non-binary people, research suggests.

The study, which is exploring possible reforms to the Gender Recognition Act, found people would be more likely to apply for a Gender Recognition Certificate (GRC) if there was an additional option for legal gender. A total of 88 per cent of trans and non-binary people were in favour of a third additional gender option for a GRC, followed by a multi-gender system (59.4 per cent) and removing the system by ceasing to record sex at birth (49.6 per cent). Introducing an additional third option was particularly popular with non-binary people, notably with zero non-binary people opposed to this proposal.

Respondents said they had had poor experiences with medical professionals, found the need for a mental diagnosis stigmatising and didn’t agree that legal gender should be defined according to a medical model.

Mollie Gascoigne, PhD Candidate at Exeter Law School, who is leading the research said: “The Government’s proposals to reduce the application fee is welcome as the current cost has posed a significant barrier to many people hoping to access legal gender recognition. However, to substantively increase the number of people applying for legal gender recognition and to make the system more accessible particularly for non-binary people, these findings suggest that further reform is still needed to address the current lack of non-binary gender recognition and the requirement of gender dysphoria.”