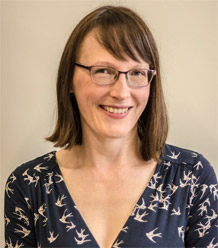 The Society of Legal Scholars has announced that its prize for the best paper at its annual conference has been awarded to Professor Rebecca Probert for her paper on ‘R v Hall and the changing perceptions of the crime of bigamy’. Professor Probert has also recently been conferred as a Fellow of the Academy of Social Sciences, along with 42 other leading social scientists.

Professor Rebecca Probert is widely recognised as a leading academic authority on the legal and social histories of marriage and cohabitation in England and Wales. Her prize-winning paper on R v Hall has shown how virtually every aspect of this much-discussed case has been misrepresented by later commentators. Journalists, campaigners, humorists, and scholars alike have underestimated the sentence handed down to the bigamous Thomas Hall while exaggerating the misconduct of his first wife, inflating the cost of obtaining a divorce, and ignoring his deception of his second wife. Setting the changing accounts of R v Hall in the context of new data on people convicted of bigamy, and the sentences they received, reveals precisely why various aspects of the story have changed at different times. Professor Probert’s paper illustrates how history is used—by politicians, reformers, and even academics—both to support a particular view of the past and to bolster assertions as to how best to reform the law in the future.