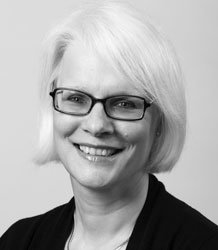 On 6 June 2018 Professor Chantal Stebbings of the Bracton Centre for Legal History Research delivered the Youard Lecture at the University of Oxford. The title of her lecture was The Isolation of Tax Law: An Historical Perspective. The law of tax is often perceived by those involved in its practice and study as standing outside the regular legal system, and not sharing its values, standards and safeguards. In the lecture she examined the reasons why this is so and how they are to be found in the history of tax law in its substance and its administration. She demonstrated how the constitutional underpinning of tax law, and the its effect on the nature of the law, forced its administration and development into the hands not of lawyers, but of bureaucrats. Examining its public character, its administration by lay tribunals, limits on the rights of appeal and law reporting, and above all the role of the revenue departments of the executive, the lecture explained how the special character of tax law evolved and the reasons for its persistence.

The Youard Lecture Series was founded and endowed by Richard Youard in 2001, to deliver lectures  ‘on a topic in English legal history within the syllabus of the Final Honour School in Jurisprudence, [having] regard to broad themes and concepts in the law’. Invited lecturers are asked to speak on a topic indicating the relevance of legal history to modern lawyers, revealing the central ethos of the lectures as identifying wider influences on the development of law in society.

Richard Youard was himself an undergraduate at Magdalen College in the 1950s before articles at Slaughter & May, a partner of that firm from 1968 until his retirement in 1989, and one of the prime movers in the foundation of the City Solicitors’ Educational Trust. He came from a legal family, his mother being a barrister and his grandfather was Lord Atkin. His commitment to legal education and his belief in the importance for intending lawyers to study non-practical courses at university to broaden their mental capacities to deal with unexpected issues lie at the heart of his endowment of his Lecture Series. Richard Youard died in 2015 at the age of 82.