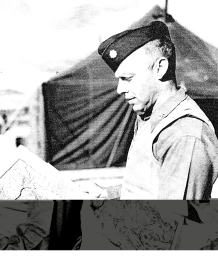 Professor Michael Schmitt, who holds a dual-appointment at the University of Exeter Law School and the United States Naval War College, has been named the Howard S. Levie Professor of Law and Armed Conflict at the War College. The Levie Chair is named for US Army Colonel (Retired) Howard S. Levie. Colonel Levie was a Judge Advocate General in the U.S. Army, where he served in both World War II and the Korean War. Noteworthy during his military service were his roles in reviewing Japanese war crimes tribunals and acting as the principle draftsman for the Korean War Armistice, which remains in effect today. Following his military service, Colonel Levie joined the faculty of Saint Louis University School of Law, where he went on to become one of the world's leading scholars on international law and armed conflict issues.  Like Levie, Schmitt served in the US armed forces (Air Force) before retiring and transitioning to academia, where he has also gone on to become a renowned scholar in the field. He was recently named the Outstanding Research Scholar at the Naval; War College for 2017-2018. The award recognized his work in the fields of international cyber law and the law of armed conflict, both with respect to publications and capacity-building for government officials around the world.