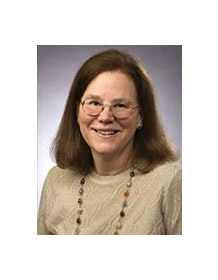 The Law School are delighted that Professor Cynthia Bowman from Cornell Law School has joined us as a Visiting Professor until May 2017.

Cynthia is a renowned scholar in family law and feminist jurisprudence and is working on a comparative research project about couples who 'Live Apart Together' and will be working with the Network on Family, Regulation and Society. She will be undertaking some postgraduate teaching and a staff research seminar too.

She received a B.A. with honours from Swarthmore College and Ph.D. in Political Science from Columbia University. Before entering law school, she taught political science and spent a year at the University of Chicago as a National Endowment for the Humanities postdoctoral fellow in the history and philosophy of the social sciences. She received a J.D. with honours from Northwestern University School of Law in 1982, after which she clerked for Judge Richard D. Cudahy on the U.S. Court of Appeals for the Seventh Circuit and was an associate at Jenner & Block in Chicago for five years. She was a Professor of Law and of Gender Studies at Northwestern University before coming to Cornell.

She has published widely in diverse areas having to do with law and women, such as women in the legal profession, sexual harassment, and legal remedies for adult survivors of childhood sex abuse. She published one of the earliest texts on feminist legal theory, Feminist Jurisprudence (West Publishing 1994), now in its fourth edition; the current edition is co-authored with Laura Rosenbury, Deborah Tuerkheimer, and Kimberly Yuracko. In 2003, she also published a casebook on Women and Law in Subsaharan Africa, co-authored by Akua Kuenyehia, and has continued to write on issues involving violence against women in Africa. Her most recent research has focused on the rights of cohabiting couples and their children.