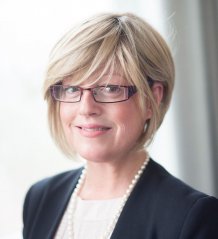 Universities can play a key role in tackling stereotypical and prejudicial views around the causes of gender-based violence, a new study has suggested.

The new study examined some of the common pre-conceptions held by both male and female university students around the causes of, and responsibility for, sexual violence and domestic abuse.

The research, co-authored by Dr Rachel Fenton from the University of Exeter, found that there was “moderate” agreement for some ‘myths’ surrounding sexual violence and domestic abuse, and that beliefs in these kinds of myths were related.

This paper suggests that such ‘myths’ need to be identified so they can be effectively targeted as part of positive prevention programmes in English universities.  However, not much is known about the attitudes and beliefs of incoming undergraduates towards gender-based violence.

The authors believe that universities can help tackle some of these ‘myths’ by engaging in increased prevention work such as implementing bystander programmes, and so enhance their reputation for providing a safe and supportive community.

Among the myths that need to be tackled is the notion that “guys don’t usually intend to force sex on a girl, but sometimes they get too sexually carried away.” Another is “when guys rape, it is usually because of their strong desire for sex.” Other myths that need to be tackled assume that women lie about rape. Such beliefs make it very hard for survivors to speak out for fear of being disbelieved.

The study, An Exploratory study on the Beliefs about Gender-based Violence held by Incoming Undergraduates in England,  published by Policy Press in the Journal of Gender-Based Violence’, follows a US study of students in 2010 which had similar conclusions.

Dr Fenton, a Senior Lecturer in the University of Exeter’s Law School, said: “Sexual violence and harassment are rightly viewed as a public health problem across all of society, including universities.

“Prevention work is absolutely the key to challenging some of the pre-conceived beliefs some young people entering university have about both the cause of, and responsibility for, sexual violence in all forms.

“We believe this study offers a positive contribution to help universities tackle sexual violence and domestic abuse as our findings can help ground effective bystander prevention work.  Bystander programmes such as The Intervention Initiative can not only challenge some of these views, but can also change them as our forthcoming research shows. The more research that universities can do in this area, and the more prevention work that is carried out, the more students will feel both supported and safe throughout their university life.”

The research saw 381 incoming students, two-thirds of whom were female, respond to a questionnaire based around beliefs relating to sexual violence and domestic abuse.

The participants were asked to rate their thoughts for each of the 31 questions on a scale ranging from ‘strongly disagree’ to ‘strongly agree’.

It is very positive that the sample mostly rejected the ‘myths’ put forward in the survey, with more than 75 per cent or more of respondents not supporting many of the stereotypes put forward.

Also extremely positive is that more than 55 per cent also indicated that they think about learning more about both domestic abuse and sexual violence, in an effort to combat them more effectively.

Almost no students agreed with statements about physical resistance, which is a really positive finding. 97 per cent of respondents did not support the statement: “if a girl doesn’t physically resist sex – even if protesting verbally – it really can’t be considered rape.”

Dr Fenton added: “Research into these types of ‘myths’ has been carried out for decades and it is well known that these beliefs are held in society. Indeed, judges must have training about myths and must direct juries about them in rape cases. It is unsurprising that incoming undergraduates moderately endorse some of these beliefs as they are a product of our culture and society. The sad fact is that these myths operate to reduce social support for victims and minimise the seriousness of offences. When this happens, it makes it very difficult for survivors to come forward and get the help they need as they fear being disbelieved or being blamed for what has happened.”

“Understanding what beliefs incoming undergraduates hold about this issue is absolutely essential for being able to tackle such beliefs with effective prevention work so that we can support our students and ensure their safety.”