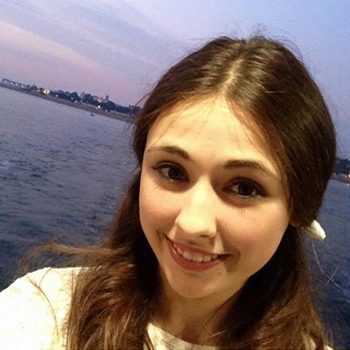 I am the eldest daughter of a young mum who had me at just 18, and a dad that I did not meet for the first time until I was 9 years old. I am from a working-class background, attending a small state funded comprehensive school in Wales, as my mother studied at university. For a time at secondary school, I was on free school meals.

I applied to attend my local college and was given a place to study Psychology, Biology, Chemistry and Maths as AS Levels. I was hoping to study Medicine at university but a term in, I felt incredibly overwhelmed and didn’t feel confident in my academic ability.

I was planning to drop out of my AS Levels. I was very fortunate and with support from my mother and personal tutor I was encouraged to just drop chemistry, sticking the rest of the year out. I didn’t achieve the best grades, and mostly received C and D grades at this stage. In my second year, my mother encouraged me to try out Law as an AS. I took her advice, but I didn’t apply for university; my confidence had taken a huge blow, and my health and attendance suffered as a result. I gained CDD at A Level. I was devastated and unsure with how to progress, McDonald’s was a genuine consideration and I applied to the local store in my town.

My mother encouraged me to take a third year at college, and so I took my Law AS to A Level as it was a subject I was finding genuine interest in. I fast-tracked English as it was a subject I had done well with in secondary school and repeated my second year of the Maths A Level. When looking at universities I wasn’t looking at law to begin with, as I didn’t believe I would get in. After deciding that law was a potential subject to study; I focused on non-Russell Group universities, as I didn’t believe I would be able to gain a place at a Russell-Group. Again, with my mother’s encouragement and support I put Exeter as one of my 5 options, my only Russell group application among other options such as Oxford Brookes and Swansea.

I was amazed and delighted when all 5 of my options gave conditional offers, even the University of Exeter, who gave me an offer of AAB. I couldn’t believe it. At the end of my third year at college I gained an ABC, but Exeter took me in anyway. I was very thankful and felt incredibly lucky.

After arriving at Exeter, my first year was spent believing I didn’t belong in such a prestigious university. I was fairly convinced that I had only been taken in to fill a diversity quota. I felt bewildered, homesick and was having a bit of a culture shock (I had no idea what sweet potatoes, avocados or guacamole were, let alone what they looked like!). Now I am in my third year, have been involved in pro bono and part-time work alongside my degree and just achieved my highest result yet, of 71%, and have accepted an offer from the University of Law to study the LPC MSc in Law, Business and Management.

I no longer feel like I don’t belong, because with hard work, a bit of encouragement and most importantly just an ounce of self-belief you really can achieve. There is nothing stopping you from achieving in law except for yourself. Have a little confidence in your abilities. You do belong.