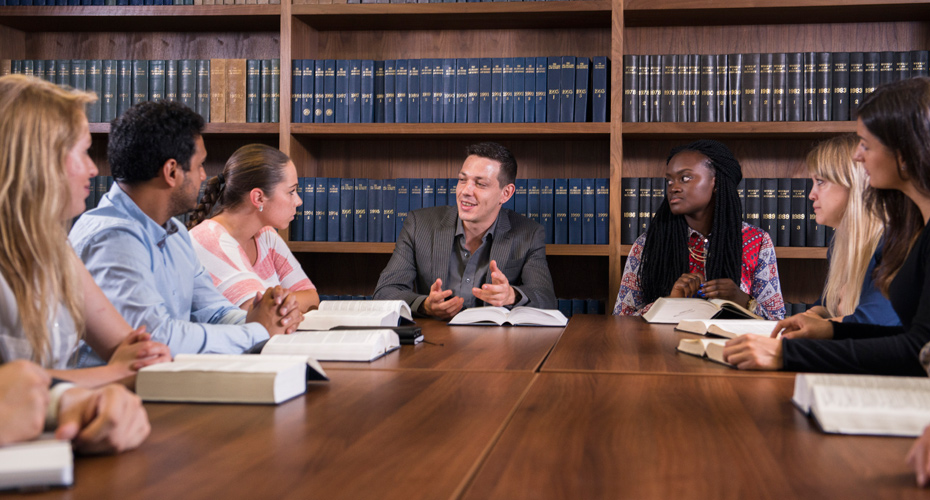 The Exeter LLM is a substantive, rigorous, and genuinely flexible programme of postgraduate study designed for the most ambitious and capable students. Find out more.

"I went straight from a Master’s degree into teaching. With a short break where I was the director of research in a big city law firm, I’ve been teaching ever since. I was a professor and Bracton Chair at Exeter in the 90s, and had stints at Cardiff and Southampton before coming back to Exeter last year.

People weren’t encouraged to research when I started teaching, but I developed an interest in insurance law, which was untouched by academics, and that’s the area I’ve researched and worked in for the past 40 years."

"My chair is partly funded by Lloyds publishing and that means I’m free to take notes for the Lloyds Law reports. I spend a lot of time giving advice to lawyers, law firms and insurance companies. I’ve got a consultancy with Norton Fulbright Rose, one of the biggest law firms in the world. I give lectures to insurance companies, brokers, law firms, all over the world; Hong Kong, Singapore, Sydney. Some firms want an update on recent cases, others want specific topics. I was president of the British Insurance Law Association so I give annual updates for London.

A couple of years ago I was involved in the passing of an act of parliament; I gave evidence to the House of Lords. I’m a consultant to the English and Scottish Law Commissions; they’ve been working on reforming insurance law for the past 6 years and I’ve been advising them. I give a regular master class for the London market on how to draft insurance contracts and reinsurance contracts, and I give a lot of advice on particular disputes."

"I like the intellectual challenge of law, solving problems, trying to work out answers from previous situations and dealing with completely new issues. One of the things I do is straddle both academia and practice. When I go to law firms, I actually learn what’s going on in the market and that feeds into what I teach. I’m able to teach what really matters.

The general view of academic lawyers is that you don’t want to get involved in practice. You see articles saying practitioners shouldn’t be allowed near students as they’ll ‘taint’ them with formals and procedures, but the reality is that if you know what’s going on the interest you can sustain by saying ‘this is what’s going on’ is much better than sitting around theorising about it – you can do both, but having that additional dimension has made so much different to me personally."