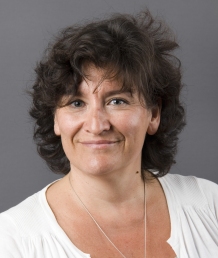 Bice Maiguashca together with Jonathan Dean (Leeds) has been awarded a British Academy grant titled “Gendering Protest - A Gender Analysis of Contemporary Radical Activism in the UK”.

Abstract: In the aftermath of the Arab Spring and the Occupy movement (among others), radical protest has recently taken on a renewed visibility both in the UK and elsewhere. The aim of this pilot project is to examine, through a series of qualitative interviews with activists, the gender dynamics of these protest movements. More specifically, it will focus on UK-based movements that explicitly identify with a left agenda and claim to advance the cause of progressive politics (such as the Occupy, anti-cuts and trade-union movements). Given that gender issues have historically been a significant area of contestation within progressive social movements, a focus on gender is vital if we are to understand more fully the dynamics of these movements. By foregrounding gender as a crucial dimension in these recent social and political upheavals, the project will undertake preliminary research into the complex ways in which gender functions both as a site of explicit political contestation, and as a form of organisation, regulation and exclusion within contemporary spaces of protest.