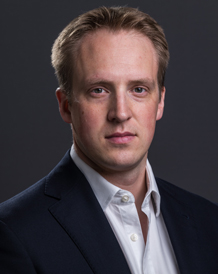 Dr Blagden has worked in – and subsequently consulted for – the UK Cabinet Office, provided evidence for a number of Parliamentary Select Committees and HM Government policy reviews, and participated in various 'track-two' diplomatic exchanges. As Academic Lead for the University's research partnership with the UK Ministry of Defence's Development, Concepts, and Doctrine Centre, he is a regular participant in the Chief of Defence Staff's Strategic Forum. He also serves as Specialist Adviser to the House of Lords' International Relations and Defence Committee, and has consulted for several other UK/allied government departments/agencies, military commands, think-tanks, private firms, and political campaigns. In terms of popular media contributions, he has provided commentary for the BBC, been quoted in the UK and US national press, and written for The Guardian, The Spectator, the New Statesman, The Conversation, The Critic, and War On The Rocks. He is also an officer in the Royal Naval Reserve and, prior to his doctoral study, was an analyst with the London-based country risk advisory firm BMI Research (now part of Fitch Group).

At Exeter, he serves as SSI's Head of Research Engagement and one of the Department's Undergraduate Senior Tutors, as well as on the core teaching/convening staff of the Institute's intensive MStrat programme. A Fellow of the UK Higher Education Academy, Dr Blagden is additionally a Visiting Fellow of the Royal Navy Strategic Studies Centre, an Associate of the Corbett Centre for Maritime Policy Studies, a Member of the UK Project on Nuclear Issues, part of the US 'Bridging the Gap' Project's Scholar Network, and on the Editorial Board of the Journal of Global Security Studies. His research focuses on the following areas, and he is happy to consider applications for MPhil/PhD supervision on topics that fall within these and related fields.