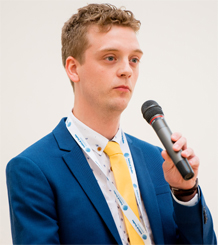 As a Lecturer in Politics, I support undergraduate and postgraduate teaching, both in terms of the delivery of core and specialist modules, and the supervision of students at all levels at the University of Exeter.

I am a specialist in British and Commonwealth comparative politics, with my primary teaching responsibility being an in-depth third year module on British Politics, as well as seminar teaching in public policy and international relations at levels one and two, alongside supervision of undergraduate dissertations.

My doctoral research focused on remuneration for political work, with a particular emphasis on the regulation of salaries and expenses of members of parliament in ‘Westminster’-style democracies. The project spans themes of the economics of politics, the theory of independent regulation, as well as democratic accountability and the control of parliaments over their internal arrangements.

In mid-2019, I presented work at the Wroxton workshop, an event co-sponsored by the Centre for Legislative Studies at the University of Hull and the Inter-Parliamentary Union (IPU). The Workshop is distinctive for drawing together scholars and parliamentarians for the purpose of presenting research findings likely to be of practical interest to members of parliaments. The 14th Workshop drew practitioners from a total of 27 countries.
International Parliamentary Regulators Conference, London, 11th-13th March, 2019.
In early 2019, I presented work at this conference of practitioners in parliamentary finance regulation, hosted by the Independent Parliamentary Standards Authority (IPSA), with participants from 13 countries, including Australia, Chile, France, Germany, Hong Kong, Ireland, New Zealand, Norway, Republic of Korea, Scotland, Wales, Zambia and the UK.
Committee on Standards in Public Life (CSPL) report, “MPs’ Outside Interests”. 2018.
Contributed research to this major review of the code of conduct related to outside interests conducted by the CSPL, providing comparative information on MPs official salaries and expenses in several countries. See summary table “International Comparisons for MPs’ Salaries”, pp. 36-37.