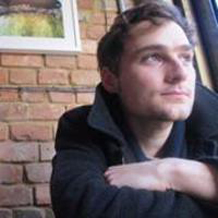 Jack is an Associate Lecturer in the dept of Politics and IR, and has also taught in the Philosophy dept.

Jack's research interests lie at the intersection of political thought, ethics, and philosophy of nature/biology, focusing on the inter-relations between the socio-political world and our understanding of living nature and the place of humanity within it.

Jack teaches on several modules, across all levels of undergraduate study.

I am interested in the space between political thought, ethics, and philosophy of biology/nature. The main stream of my research investigates the human significance of the way we relate to living nature – the way that our understanding of organic phenomena informs values, thought, and action in the socio-political world, and is in turn shaped by that world – and I seek to untangle some of these inter-relations.

Currently, I am interested particularly in the significance of our phenomenological/conceptual relation to living nature in the context of two pressing human problems: how to cultivate relations of openness and respect across human difference, and how to meet the challenge of the environmental crisis.

I have published work on the political dimensions of contemporary understanding of biology (2017); the role of the interpretation of organic phenomena in bioethical debate (in press); and the human tendency to appeal to the authority of nature as support for moral and normative political arguments (2020). My latest project is as editorial lead for a special issue proposal on the moral importance of wonder at the living world in the context of environmental ethics and politics, bringing together the work of scholars from four different countries.

I also have research interests in a number of other areas, stemming off from this main stream in various directions. In particular: conceptions of health and flourishing, especially neo-Aristotelian varieties (towards which I take a partly sympathetic, partly critical, approach); conceptions of freedom, action, individuality, and identity; the interpretation of genetics, ontogeny, and evolution; and the work of a number of historical and contemporary thinkers, especially Aristotle and Plato, Spinoza, Hegel, Marx, John Stuart Mill, Nietzsche, Ludwig Wittgenstein, John Dewey, Martin Heidegger, Hannah Arendt, Hans Jonas, and Martha Nussbaum.

Jack grew up just outside Penryn in Cornwall. He has a PhD in Political Thought/Philosophy from the University of Exeter (2018), and has been teaching at Exeter in various capacities since 2014.