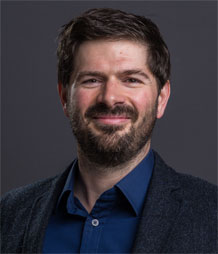 My research and teaching explores the 'international' and the effects of relations between human polities upon it and on other communities. This includes the study of long-term historical processes from decentred global perspectives, expanding our knowledge of international relations through historical sociology and from interdisciplinary research. I also have a particular interest in links between warfare, politics, and society. I am currently co-convenor of the British International Studies Association's working group on Historical Sociology in International Relations.

I have previously held academic positions at the University of Plymouth and at Aberystwyth University, and worked for a year in Madrid. I am bilingual in Welsh and English, have adavanced Frecnh and Spanish, and enough Farsi to teach children the basics of life.

My current research explores relations between human polities across the long term of human history, the way humans organise themselves politically, and how our understanding of the past is shaped by the biases of our present. I explore problems with evolutionary thinking in Politics and International Relations (IR) whilst considering how the relations in which polities are engaged are fundamental to the political institutions and practices that they develop. I am particulalry intersted in debates about the 'origins' or 'beginnings' of 'states' and an 'international' in the deeper human past, along with the implications these have on our expectations of what 'politics' and 'international relations' should be.

Linked to this is an interest in how history is used in IR scholarship, not least the parochialism of Euro- and Western-centric histories and a preoccupation with the recent past in the social sciences. To this end, I draw on interdisciplinary scholarship to enrich social sciences' limited coverage of non-Western and deeper human pasts.

I have previously published on Tunisian and Middle Eastern politics, with a focus on Western democratization policies in the region.

I am particulalry happy to supervise research projects in the fields of global/international historical sociology, International Relations theory, and historical IR.

I have successfully supervised five PhD students to completion.

I rejoined the University of Exeter from the Department of International Politics, Aberystwyth University, in Spetember 2018. I previously worked at Plymouth University (2008-2012) and as a Teaching Fellow at Exeter (2007-8). I was awarded my PhD on EU democracy Promotion in Tunisia from Exeter in 2009. Born in Swansea, I am a fluent Welsh-speaker and have enough French and Spanish to follow a grisly police drama. I'm curently working through my FA football coaching badges with the dream of turning a local children's football team into the next Barcelona.

I have also been a regular contributor in Welsh and English media productions, including commenting on international affairs, seucirty, and Middle Eastern politics for BBC Cymru and BBC Wales since 2004. I have contributed to many Welsh- and English-language television documentaries on subjects including the Vietnam and Korean Wars and the armed Welsh pro-independence campaign of MAC and the FWA in the 1960s. One of these productions, a documentary on the Welsh photographer Phillips Jones Griffiths with Rondo Media, won a Hollywood International Independent Documentary Awards for the best foreign feature in 2017 (philipjonesgriffiths.org/news-events/pjg-documentary-wins-hollywood-award/).