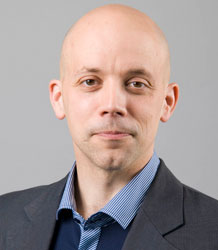 The advance of the life sciences and biotechnology have the potential to bring great benefits to humankind through responding to societal challenges; however it is also possible that such advances could be exploited for hostile purposes, for instance, as evidenced in the series of large-scale offensive biological warfare programmes carried out by major states in the last century. A number of activities have been identified to respond to this challenge, which has been termed the "dual-use" dilemma, however one central component in dealing with this concern must include a process of engagement with scientists and the application of the expertise of life scientists and bioethicists to assist in the long-term process of policy development.

This project is an interdisciplinary and collaborative exercise which brings together a number of leading experts including Professor Brian Rappert, Professor Malcolm Dando and colleagues at the University of Bradford's Department of Peace Studies, Dr Alexander Kelle in the Department of European Studies at the University of Bath and Dr Michael Selgelid of CAPPE and ANU. The project aims to build a sustainable capacity in dual-use bioethics both by facilitating analysis and by training young scholars to continue such work in the future.