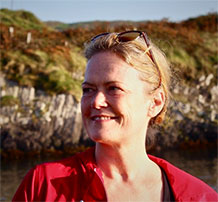 Toward Harmonised Ethical Standards is a sociological and ethical research project. We study how a multi-centre stem cell clinical trial passes through the various regulatory steps required before patient recruitment can start. As work package 7 (WP) the research is an integral part of the clinical trial ‘BAMI’ funded by the European Commission. The clinical study aims to standardise the treatment and care of patients after acute and severe myocardial infarction, trialling whether the injection of stem cells from the patients’ own bone marrow reliably leads to improved heart function. BAMI is the first Phase 3 multi-national trial that had to use a set of amended and new EU regulatory instruments.

The ethical and sociological study accompanies BAMI from the planning of the funding application for the trial to the completion of patient recruitment, engaging with the clinical staff in 10 countries. All the events encountered on the route to and later for maintaining approval are recorded and followed up with semi-structured interviews with BAMI clinical staff and project managers. We also use mini-surveys and analyse documentary evidence. The research intends to foster better exchange within BAMI and to report on the logistical obstacles multi-national European regenerative medicine clinical trials face following ongoing and recent harmonisation of relevant regulations.

Outputs include academic articles and a report containing recommendations for the harmonisation of clinical trial practice in the field of cell therapy to the EU Commission.

C Hauskeller, et. al. ‘The consensus of the Task Force of the European Society of Cardiology concerning the clinical investigation of the use of autologous adult stem cells for the treatment of acute myocardial infarction and