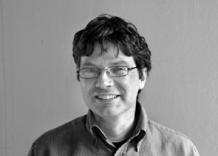 Allan is an economist, researcher, and educator with a keen interest in complex systems. Trained as an agricultural economist I have worked as an economist and researcher at the University of Exeter and Scotland’s Rural College (SRUC), and a senior Lecturer in Economics at the Royal Agricultural University.  I am presently an economist with the Environment Agency in the Strategic Economic Evidence team working on diverse projects including Natural Capital, Industrial Emissions Directive, Flooding and Mental Health and creating decision-making tools.  Philosophically, I am a strong advocate of systems thinking and complexity and as such developed a post-graduate module based around these ideas, as well as models that capture spaces between order and chaos.