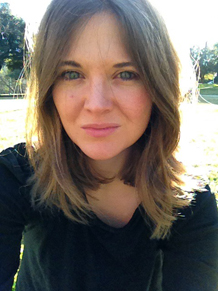 I am a Lecturer in Criminology at the University of Exeter with interests in capital punishment, mental health law, gender and sexuality, and racial discrimination. My research utilises the methods of intellectual history to reveal the ideological assumptions underpinning legal paradigms and identify the ways in which authoritative knowledge production processes contribute to legitimise particular power imbalances and silence counter-hegemonic worldviews. I am currently working on two projects, both of which sit at the intersection of critical legal theory, death penalty scholarship, and race and ethnicity studies. The first, a book based on my doctoral dissertation, explores the development of psychiatric and legal concepts of mental illness and criminal responsibility in Texas capital cases over the 20th century. Drawing on unpublished trial records, the book investigates how race and gender stereotypes infiltrate expert and lay descriptions of capital defendants, along with conclusions regarding the subjects’ mental health, criminal culpability, and potential for future violence. The second is a genealogical analysis of due process and antidiscrimination law in Texas, Georgia, and Alabama from the 1960s to the present. The project draws on court opinions and interviews with legal actors to identify the strategies used to advance and/or deny the due process and equal protection rights of marginalised groups in capital cases. Inspired by critical legal scholars’ critique of the liberal conception of rights, the project problematises authoritative assumptions about the liberatory effect of rights discourse, by exploring the complex ways in which procedural arguments can simultaneously play both an emancipatory and a regulatory function.