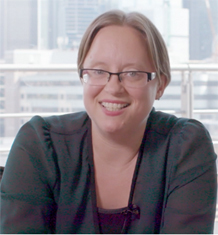 Welcome to my web-page!

I'm a Senior Lecturer in Criminology at the University of Exeter, and my current research interests and impact work focus on issues around police, policing and places of detention, and in particular the use of force and less lethal weapons in such environments.  Between 2013 - 2016 my ESRC funded PhD research drew on elements from criminology, sociology and law, using quantitative and qualitative techniques, from binary logistic regression to actor-network theory, to explore the use of the projectile electric-shock weapon the Taser in England and Wales. From 2017 - 2020 my ESRC Future Research Leaders Award allowed me to continue to explore issues around police use of force in England and Wales, the link between less lethal weapons and the right to life, and the role of non-human actors in place of detention, and I continue to work on these issues since.  Please see the 'Research' and 'Publications' page for more information.

Impact is a large part of my work and I was delighted to win the ESRC Impact Prize for Outstanding Early Career Impact in 2018.  You can watch a short video about some of my impact work here: https://esrc.ukri.org/news-events-and-publications/impact-case-studies/research-prompts-public-data-on-police-use-of-force/. As this indicates, I engage in a range of impact activities alongside my research. I previously worked for the UK NGO the Omega Research Foundation (2009 - 2018) and also received travel costs from Taser International between the 2nd and 8th November 2014 to attend the Annual Conference of the Institute for the Prevention of In Custody Deaths and to present my research to their Senior Management.  I also engage in a number of other impact activities (detailed on the impact page).  I can be contacted at @abidymond, at the email above and, for press enquiries, via Exeter University's press team.

My current research interests and impact work focus, predominantly, on issues around police, policing and places of detention, and in particular the use of force and less lethal weapons in such environments. This work is inherently interdisciplinary and mixed method in scope and, as such,  I am particularly interested in logistic regression models, mixed methods approaches, the advantages and limitations of statistical analysis in policing research, and the data collection and reporting methods that might best capture police use of force, and deployment of less lethal technologies. I have also developed a keen interest in theories concerned with the role of different technologies, and how best to conceptualise and capture their impact - a line of enquiry that has led me to focus on the contributions that can be made by Actor-Network Theory and social constructionist approaches.

Between 2017 - 2020 my ESRC Future Research Leader's Award on 'Less-Lethal Weapons in Law Enforcement' allowed me to develop many of these themes in a set of inter-connected research programmes focusing on a number of areas, including:

Drawing on my prior research I continue to be interested in issues affecting vulnerable groups, both in the UK--where, together with Professor Dave Cowan and colleagues, I have been working on issues around homelessness and local authority homelessness reviews--and internationally, building on my primary research with survivors of sexual and gender based violence in the Eastern Democractic Republic of Congo, and with communities affected by copper mining in Zambia.

I have been lucky enough to receive a range of funding for my research, including:

2019 - 2020: together with Professors Rappert and Skinner, we were awarded Open Society Foundations funds for work scoping the possibility of a Lethal Force Monitor.

2013 - 2016: Bid Co-ordinator for a  £1 million award from the European Instrument for Democracy and Human Rights for the Omega Research Foundation’s research and engagement work, 2013 - 2016.

Please email me if you are interested in doing a PhD in the following areas, as I would be delighted to hear from you:  Please do contact me for an informal discussion / chat prior to sending any documentation or research proposals through, so that we have a chance to discuss potential topics, supervisors, suitability, timescales etc at an early stage in the process and in the evolution of your thinking.

I engage in a range of impact and engagement activities alongside my research, focusing on ensuring that the use of force and weaponry by State agents is appropriate, accountable and informed by the best available evidence and human rights standards.

I was delighted to win the ESRC Impact Prize for Outstanding Early Career Impact in 2018 and you can watch a short video about some of my impact work here: https://esrc.ukri.org/news-events-and-publications/impact-case-studies/research-prompts-public-data-on-police-use-of-force/

At the international level, my activities include:

At the national level my activities include:

I am often asked to give talks on Impact Work to academic audiences, including PhD students and Early Career Researchers.  Talks given to date include:

Prior to entering academia in 2013, I worked for, and with, a range of human rights and international development NGOs. As Research Associate at the Omega Research Foundation (between 2009 - 2018) I led on an EU funded, multi-stakeholder project assessing and developing good practice in the use of less lethal weapons--including electric-shock weapons--in law enforcement and corrections.

Before this, I was Campaigns Officer for the social enterprise the Big Life Company, working on issues around homelessness, housing insecurity and social exclusion, and Policy Analyst with the international development NGO the Scottish Catholic International Aid Fund.  In this latter role, I worked with local partners to conduct primary research into, and engage in advocacy work on, various development issues in sub-saharan Africa.  This included research into copper-mining on the Zambian copper-belt, and on sexual and gender based violence in DR Congo.

I place a high emphasis on volunteering and community work, and for the last decade have undertaken voluntary work alongside my paid responsibilities.  Previous volunteer roles include working with The Big Issue in the North (where I set up and ran service user forums), Manchester Rape Crisis (as a helpline volunteer), Victim Support (where I specialised in providing emotional and practical support to victims of domestic violence and violent crime) and the Independent Monitoring Board at HMP Exeter, where I focused on Safer Custody and use of force, amongst other issues.