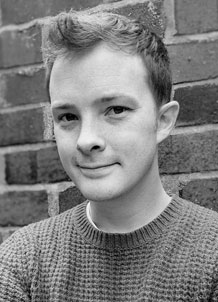 My research and teaching focus on the politics of everyday life in the contemporary Middle East, with an emphasis on kinship, gender, Islam, and the state. I have spent over four years living and working in the region, including over two years conducting long-term ethnographic research in Jordan funded by the US National Science Foundation and the National Endowment for the Humanities. I have published extensively on how people living in the Middle East work to re-imagine a range of globally circulating technologies for large-scale population management, from Facebook-mediated blood feuds to the information infrastructures of government Sharia Courts.

'The Value of Moderation: Language, Emotion, and Islam in Jordan' (British Academy and Council for British Research in the Levant, 2019)

'Nation and Agnation: Kinship, Conflict and Social Control in Contemporary Jordan' (National Endowment for the Humanities and the American Centre of Oriental Research, 2017)

'The Politics of Envy: Kinship, State and the Management of Inequality in Jordan' (London School of Economics, 2016)

'Affection and Mercy: Kinship, State and the Management of Marriage in Contemporary Jordan' (University of Michigan, 2013)

'Managing Marriage: Kinship and Bureaucracy in Contemporary Jordan' (National Science Foundation and the University of Michigan, 2011-2012)

I am open to supervising PhD students interested in the following topics, preferably with an area studies focus on the Middle East:

I hail from the US, where I studied at Reed College (BA in Anthropology, 2006) before joining the Peace Corps and serving for two years as a schoolteacher in a rural village in southern Jordan. While I don't know how much good I did my first students, I quickly fell in love with Jordan and the Arabic language and became determined to learn more. I returned to the US to study anthropology at the University of Michigan with a focus on Jordan and the broader Middle East, earning my MA in 2011 and my PhD in 2015. I subsequently joined the Department of Anthropology at the London School of Economics, where I was a fellow for three years, before beginning a lectureship at the University of Exeter in 2018. I travel to Jordan regularly, where I have now conducted over two years of ethnographic fieldwork with the support of the National Science Foundation, the National Endowment for the Humanities and, more recently, the British Academy.