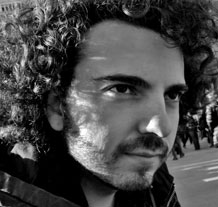 I hold Masters degrees in Molecular and Cellular Biology from the University of Bath and in History and Philosophy of Science from the University of Leeds, as well as a PhD in Philosophy from the University of Exeter. My doctoral thesis presented a critical examination of mechanistic thinking in biology. Prior to my present appointment as part of the ERC-funded project "A Process Ontology for Contemporary Biology", I was a research fellow at the Konrad Lorenz Institute for Evolution and Cognition Research near Vienna, as well as at the Cohn Institute for the History and Philosophy of Science and Ideas at Tel Aviv University. At present, I am particularly interested in the role of machine models in biological explanation, in the task of providing a naturalistic account of organismic teleology, in the scope and limits of reductionism, and in philosophical arguments for the autonomy of biology. I also have a longstanding interest in the history of philosophy of biology, as well as in general topics in the philosophy of science.

To see my publications, visit my profile @ Academia.edu

My research is concerned with the theoretical foundations of our biological understanding of the nature of organisms. Since Descartes, the dominant school of biological thought regarding the nature of life has been mechanicism, which conceives organisms in analogy with machines. Guided by this conception, mechanicism understands biological wholes in terms of the activities of their component parts; it characterizes the properties of living systems from the bottom up in increasing levels of complexity; it emphasizes the causal and material attributes of organisms over their organizational and teleological features; and it vindicates the appeal to explanatory reductionism in the study of organisms. Although mechanicism has played a fundamental role in the historical development of biology, and indeed still underlies many areas of biological inquiry today, there is a growing awareness in the biological community that it no longer provides an adequate theoretical framework in which to make sense of the most recent advances in our understanding of organisms.

My principal aim is to lay the philosophical groundwork for the articulation of a biologically compelling theoretical alternative to the mechanistic conception of life. To that end, I draw on the rich, yet largely neglected anti-mechanistic tradition in biology. In the early twentieth century, a number of theoretical biologists, such as J.S. Haldane, J.H. Woodger, and L.v. Bertalanffy, used the classic vitalistic critiques of mechanicism to develop a new naturalistic theory of the organism they called organicism. Organicism takes the teleological self-organizing nature of living systems as the hallmark of their ontological distinctiveness, and by implication regards biology as an autonomous science possessing its own theoretical principles distinct from those of physics and chemistry. Although organicism flourished for a brief period, it was eclipsed by the molecular revolution that swept biology in the 1950s, which consolidated mechanicism for the rest of the century.

Underlying much of my work is the contention that organicism possesses the necessary intellectual resources to supplant mechanicism as a general theory of living systems. Thus, my methodology involves using the pioneering ideas of early twentieth-century theoretical biologists as a springboard to formulate an organicist philosophy of the organism capable of coming to terms with the latest empirical findings of biology. My research is not exclusively concerned with biological ontology, as the organicist conception of life also has important implications for the study of living systems and our understanding of biology as a science.