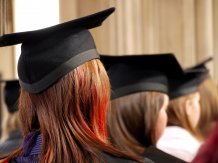 The report shows that at the current rate of progress it will take 96 years to hit the Office for Students’s targets for access to highly-selective universities.

The Higher Education Policy Institute has published a new report on access to higher education which shows that, at the current rate of progress, it will take 96 years to hit the Office for Students’s targets for access to highly-selective universities.

The report’s recommendations include:

Lee Elliot Major, a Professor in Social Mobility at the University of Exeter and the lead author of the report, said:

"Current progress on fairer access to our most selective universities is glacially slow. The time has come for a simpler, more transparent, consistent and honest system of university admissions, recognising that A-Level grades and our system of predicted grades, are no longer the gold standard of entry.

"Failing to find ways of expanding university places will prompt acrimonious battles over who secures degree places – a clash of the classes – with politicians, parents and students questioning the fairness of university admissions.’

Dr Pallavi Banerjee, the co-author of the report and Senior Lecturer at the Graduate School of Education at the University of Exeter, said:

‘We need a fundamental shift in culture, with universities reflecting on the needs of students from a range of backgrounds, from extra-curricular activities to lectures and tutorials.

‘We need a mixed economy of degree places even at our most prestigious academic institutions.’

"Higher education transforms people’s lives. Since the removal of student number controls, it has been easier than ever before for young people with the potential and desire to go to find a place.

"Yet access remains very unequal, especially at more selective universities. People with disadvantaged backgrounds are much less likely to attend our oldest, most famous and most prestigious universities and, while trends are moving in the right direction, progress has been very slow.

"The Office for Students are right to keep the pressure on and this new report will hopefully encourage an evidence-informed debate on how to speed up the process."