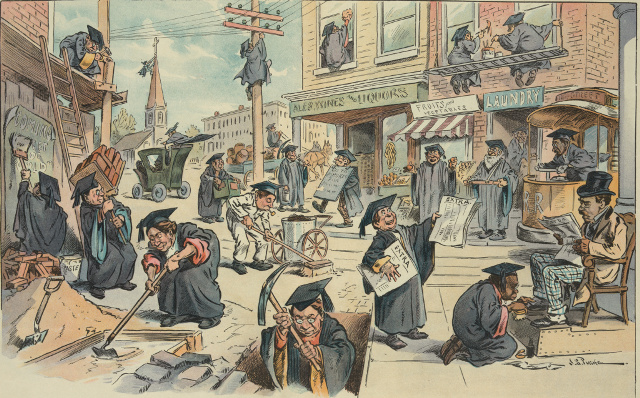 The Academic Self: Changes in University Expectations since 1800

Every generation of academics must enter a university system which has particular norms, habits and expectations. To be successful, the student must become his or her own version of the prevailing ideal ‘academic self’. This study will explore changes in British universities’ expectations through a corpus of texts which instruct, initially, elite men, and later women, minorities and working class students in ‘how to get into university’. Exploring the changing content of the ‘academic self’ across centuries, the study will contextualize recent changes in British higher education as part of a longer transformation of academic norms since 1800.

The ‘academic self’ refers to a concept used to describe a disciplined set of habits and dispositions learned over the course of secondary and higher education, and refined by professional academics engaged in university teaching and research. The academic self, as a normative ideal, evolves in relation to individuals’ experiences and developments in the world surrounding modern universities.

The proposed research asks: what is the content of the ideal ‘academic self’ in a given era? How and why does this change? What impact might these changes have a.) within academia, in terms of the socialization and practices of students and faculty; and b.) within modern societies, into which an increasing number of university graduates enter, especially during the last 50 years.

Methodologically, the study focuses on archival and primary sources which instruct elite men, and later women, minorities, working class, and other excluded populations in terms of ‘how to get into university’. Adopting a long-term perspective beginning in 1800, the study will track changes in university expectations which indicate the content of the ideal academic self during different phases of an historical process, called here ‘the academization process’.

Intended publications will encourage interdisciplinary dialogue between educationalists, sociologists and historians by introducing Norbert Elias’ social theory and historical sociological methods into educational research. In the third year of the grant, a mini-conference on historical sociology will be held in collaboration with the Graduate School of Education. My goal is to renew scholarship in this interdisciplinary field of study, contributing a new perspective from which we can better understand the role of education in contemporary and past societies.