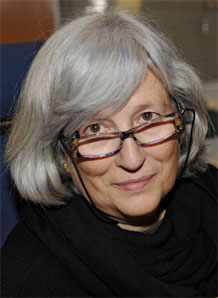 Maribel Fierro, visiting Al-Qasimi Professor in Islamic Studies, was awarded a The Middle East Medievalists’ “Lifetime Achievement” award 2019 at the Middle East Studies Association in New Orleans, 14-17 November 2019.  The award recognises her long standing commitment to developing the field of Islamic history, and particularly her contribution to the study of the Maghrib and Andalusia through history.  She has, as the MESA announcement puts it, played a major role “in transforming the study of the Islamic West into a major field of intellectual inquiry in both Europe and North America over the past three decades.”  The text of the award eulogy is here.

Professor Maribel Fierro joined IAIS in October 2019, spending 6 months developing the research programme of the Centre for the Study of Islam.  We are enormously proud to include her as a colleague, and congratulate her on this well deserved recognition of her contribution to scholarship and research excellence over the years.