Songs of the Red Sea 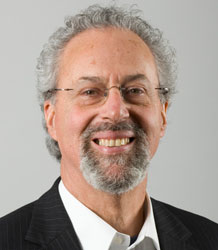 The traditional songs of the sea are no longer being sung as part of the working day and therefore, even though efforts are made to remember them, the old wording is slowly being forgotten and new improvised versions are appearing. Professor Dionisius A. Agius and Mr Muhammad Alhazmi, doctoral student at the Institute of Arab and Islamic Studies, have conducted a pilot study on the Red Sea Saudi coast in four coastal towns from 22 March to 2 April 2013 : a) to document the cultural history of the songs of the sea, the singers and their lives, on shore and at sea; b) to record and study the terminology, their origin and provenance; c) to understand the distribution and orientation of maritime songs on the Red Sea coast in order to provide new insights into their meaning and significance. Our concern as ethnographers and linguists is to raise awareness of a dying language and culture. The last practitioners are themselves dying out and it is important to capture the last true remnants of the songs of the sea before they become mere pastiches. Further fieldwork is planned in the next few years.