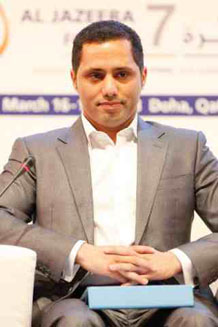 Dr Ashour gained his Bsc and MA at the American University in Cairo (Egypt) and his PhD from McGill University (Canada). His research interests are:  asymmetric warfare, insurgency and counterinsurgency, Islamist movements and ideologies, democratization (with focus on security sector reform and civil-military relations), security, terrorism, and strategic military studies.

His published works cover the Middle East, North Africa, the Caucasus, Central Asia, and Arab and Muslim Communities in the West. His publications appeared in Foreign Affairs, Terrorism and Political Violence, International Affairs, Studies in Conflict and Terrorism, Middle East Journal, Canadian Journal of Political Science, Journal of Conflict Studies, and others.

Dr Ashour previously served as a senior consultant for the United Nations on security sector reform, counter-terrorism, and de-radicalization issues. He co-authored the United Nations' Economic and Social Commission for West Asia's (UN-ESCWA) document on security sector reform during the transitional periods of the "Arab Spring." It was the first UN document on that subject-matter in the Arab-majority world.

Dr Ashour served as a Research Fellow at the Brookings Institution for five years. He is currently an Associate Fellow at the Royal Institute of Interational Affairs (Chatham House) in London.

Dr Ashour is a regular contributor to media outlets including the BBC, CBC, CNN, Sky News, al-JazeeraEnglish, al-Jazeera Arabic, al-Arabiya, and others. He recently authored tens of op-eds in Foreign Policy, The Guardian, Globe and Mail, al-Jazeera.net, CNN.com, Project Syndicate, The Independent and other outlets on the Arab-majority uprisings in Egypt, Libya, Tunisia, Syria, and Iraq, as well as political developments in Algeria and Turkey.

Dr Ashour's Brookings Papers included "Libyan Islamists Unpacked," in which he maps out the Libyan Islamist scene in the aftermath of Qaddafi and “From Bad Cop to Good Cop? The Challenges of Security Sector Reform in Egypt.

Dr Ashour was featured as one of the University's "impact case-studies," based on his work in advising governments, intergovernmental organisations, and NGOs about transitions from armed to unarmed activism, deradicalisation processes, counterterrorism, security sector reform, and political transitions in the Middle East and North Africa. His research has informed policy-makers and debate, and contributed to developing initiatives in de-radicalisation and security sector reform, both inside and outside of the Muslim-majority world. His extensive media involvement has raised the level of public debate and public understanding both within the UK and internationally. His research impact was graded as 4* during the Research Excellence Framework of 2014.

From Bad Cop to Good Cop? The Challenges of Security Sector Reform in Egypt