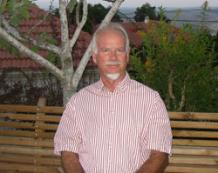 Dr Uri Davis was born in Jerusalem in 1943. He has been at the forefront of the defence of human rights, notably Palestinian rights, since 1965 and has pioneered critical research on Zionism and Israel since the mid-1970. He has published extensively in these fields, including Israel: An Apartheid State (Zed Books, London 1987 & 1990; abridged edition, MRN, Laudium, 2001); Citizenship and the State: Comparative Study of Citizenship Legislation in Israel, Jordan, Palestine, Syria and Lebanon (Ithaca Press, Reading, 1997); Citizenship and the State in the Middle East: Approaches and Applications (co-ed) (Syracuse University Press, 2000) and most recently Apartheid Israel: Possibilities for the Struggle Within, Zed Books, London, 2003.

Dr Davis is member of the Middle East Regional Committee of the international journal Citizenship Studies; Honorary Research Fellow at the Institute of Arab & Islamic Studies (IAIS), University of Exeter and Honorary Research Fellow at the Institute for Middle Eastern & Islamic Studies (IMEIS), University of Durham; Chairperson of AL-BEIT: Association for the Defence of Human Rights in Israel and MAIAP: Movement Against Israeli Apartheid in Palestine; founding member and Senior Director for Legal and Political Affairs, Mosaic Communities: Multinational Housing Cooperative in Israel: and Observer-Member of the Palestine National Council (PNC).