The Micropolitics of refugee crisis management: the case of Lebanon's municipalities

Forging 'Algeria': constructions of national space and nationhood in Algeria, 1830-50 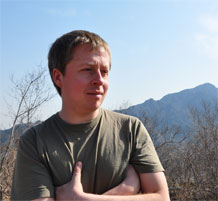 I am currently engaged in a major research project looking at the production of images in the Islamicate world 1880-1945 C.E. This work aims to upend a series of commonly-held beliefs about art- and Islamic art in particular - in the modern age. It is centred on the production of a quintet of monographs, detailed below, alongside a series of public interventions in the form of exhibitions, articles and translation projects.

1. To Paint the City is to Save the World (Penn State University Press, 2022) - A study of the remarkable culture of 'amuletic art' made by women artists in response to the colonial invasion of Tunisia.

2. Illuminations: The Shadow Oeuvre of Mohammed Racim (forthcoming, 2022) - A reconsideration of the aesthetic, political and spiritual importance of the most important Maghrebi artist of the twentieth century.

3. Visual Archaeologies of Violence and Care in Colonial Libya and Morocco (forthcoming, 2023) - Drawing on hitherto unseen visual sources, an argument which connects the visuality of colonial violence with indigenous modes of aesthetic contestation.

4. Abstractions (forthcoming, 2023) - Studies of the extractive abstraction of Paul Klee and Henri Matisse, alongside a refutation of Benjamin's claims with regard to the aura of the work of art in the age of mechanical reproduction.

5. Signs of Life (forthcoming, 2023) - An encyclopedic compilation of forgotten modes of art-making from the modern Islamicate world.

I have reserved the Arabic and French translation rights for each of these works and welcome approaches from publishers wishing to produce versions of the books in those languages. Previous scholarship has appeared in Arabic, Persian, Turkish, Filipino, Spanish, German, Russian and French.

I also welcome approaches from museums and galleries wishing to collaborate on devising exhibitions based on the work's re-presentation of Islamic art in the nineteenth and twentieth centuries.

The same is also true for collaborators who would be interested in joining the DICE (Digitising Islamicate Cultural Ephemera) collective, which I have founded so as to build an open-access digital archive of popular forms of Islamic art in the modern era.

In recent years, my work has been generously supported by significant grants from the Gerda Henkel Foundation, the ESRC and private donors.

I currently supervise an extremely talented group of scholars working primarily on cultural history in the modern Islamicate world and welcome applications and informal approaches from researchers seeking to work in such areas.

My most recent book project - A History of Violence in the Early Algerian Colony (London: Palgrave Macmillan, 2013) - uses newly-uncovered archival evidence to present a detailed picture of the savagery of the early French colony. The book focuses on the argument that French atrocities and massacres were conceived of as 'natural' responses to the supposedly innate brutality of the Barbary Coast. It goes on to ask whether we can speak of there having been an Algerian genocide in the middle of the nineteenth century, comparing this case with that of other settler colonies such as Australia and America, where such genocidal moments are more widely acknowledged. That particular argument is the subjecty of a major review essay in the Journal of Genocide Research (2013) and a series of media interventions in Britain, France and North Africa.  The book is soon to appear in French, published by the leading Algerian publishing house, Casbah Editions.

The first review of my book (in French History) remarked, 'Gallois’ book will prove valuable above all to political and military historians by encouraging them to expand their conception of violence in all its forms. It also serves as a useful counterpoint to works of history that portray French imperial rule as relatively benign compared to a more brutal British model.' More recently, Patricia Lorcin's review in the American Historical Review noted that: 'Violence in its many forms, and colonial violence in particular, has been the focus of a wave of recent scholarly literature. Stimulated, no doubt, by the violence and imperialist activities of the twenty-first century, much of which has occurred in former colonial territories, one question that has preoccupied scholars with an interest in the subject is the extent to which violence in colonial territories was genocidal. In his thoroughly researched, cogently argued contribution to this literature, William Gallois looks at violence during the early years of military rule in French Algeria. When examining periods of conquest, as the military period was, the problem arises as to how to untangle the activities of warfare from those of massacres or genocide. The question is complicated further by the ongoing scholarly debate as to what exactly constitutes genocide. Gallois addresses these difficulties head on, engaging with the recent scholarship on genocide and evaluating the different stages of French military action in the colony.' In French Studies, Jim House noted that 'William Gallois has made an important contribution to the recent renewal of scholarship on the French conquest of Algeria [...] This timely, clear and eloquent analysis provides much food for thought, both for historians of the period and for those working on later colonial Algerian history and its legacies,' while in African Studies Quarterly, Samuel Kalman reckoned that 'the book clearly underlines the often extreme violence - physical, structural and symbolic - of the imperial system, and most importantly highlights what others have ognores: the prevalence of atrocities from 1830-1848, sanctioned by the metropolitan authorities and High Command alike. As a result, this work provides a very important contribution to the historiography of colonial Algeria'.

That constellation of projects drew on an earlier study - The Administration of Sickness: Medicine and Ethics in Nineteenth-Century Algeria (London: Palgrave Macmillan, 2008) - which examined the ways in which medicine came to emblemise the French 'civilizing mission' in Algeria, and the ways in which this project of medical imperialism failed in North Africa. This book, and accompanying articles, looked in particular at the experiences of Algerians in the French medical services, so as to try to understand the particular forms of disillusionment and resistance which emerged as responses to the 'mission civilisatrice'.

Earlier book projects included a comparative study of temporal cultures - Time, Religion and History (London: Longman, 2007) - which argued that historians have tended to ignore the central prop of their discipline (time), and that an examination of religious cultures reveals the atypical qualities of the western, empirical model of time upon which the discipline depends. The book was described by Markus Daeschel as being 'breathtakingly ambitious and crystal clear in its argumentation' while in the Journal of Global History Pene Corfield called it 'Thought-provoking, ambitious, immensely learned.' It has recently been the subject of a major review essay by Mark Cladis in History and Theory.

I welcome applications from students looking for PhD supervision or postdoctoral mentoring in any of my areas of areas of research expertise detailed under 'Research interests'.

I am also very happy to either supervise or co-supervise students across a wide range of topics in the history of the Middle East - the eclectic range of my current, brilliant students can be seen under the research students section of this page.

In terms of languages, I am happy to work with students working with material in French, Arabic, English, Catalan, Latin and Spanish.

Shenah Abdullah*: The History of Neoliberalism in the KRG

I joined the Institute of Arab and Islamic Studies at Exeter in January 2013, having previously worked at the University of Roehampton, the School of Oriental and African Studies, the American University of Sharjah and Queen Mary, University of London.