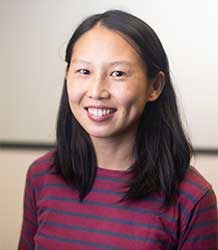 I am a Senior Lecturer of Middle East Politics at the Institute of Arab and Islamic Studies, University of Exeter. My research examines how identity politics affects the provision of public goods, the continuing influence of tribal politics on the politics of the Arab world, and the impact of elections in nondemocratic contexts.  My articles have appeared in Comparative Political Studies and Comparative Politics.

I received my PhD in Political Science from the University of Michigan. I teach modules on the politics of nondemocratic countries, ethnic politics, and state and society in the Middle East.

I am happy to supervise or co-supervise students working on my research interests (see above), regardless of whether the research will focus on the Arab world.

Christopher Cox, influence of the Arab Uprising on informal and formal political participation in Morocco