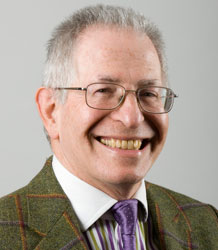 I was born in Singapore and studied for my BA in Arabic at the School of Oriental and African Studies, University of London, graduating in 1972, and my PhD at the University of Exeter (Arabic and Islamic Studies, 1976), specialising in mediaeval Islamic Philosophy. From 1977 to 1995 I taught at Exeter University where I was latterly Reader in Arab and Islamic Civilization and Thought. In September 1995 I became the University of Leeds first Professor of Arabic Studies and I remained in Leeds until 2007, serving four terms as Head of that University's Department of Arabic and Middle Eastern Studies. I was also Director of Leeds University's Centre for mediaeval Studies from 1997-2002. In 2007 I was appointed Sharjah Professor of Islamic Studies at Exeter University where I am now Emeritus Professor of Islamic Studies. My primary research interests are Islamic theology and philosophy, Anthropology of religion (especially ritual), Sufism, mediaeval Arab travellers, Arabic and Islamic bibliography, comparative textuality and semiotics, comparative religion and general Islamic Studies.

In 2014 I received the BRISMES Award for Services to Middle Eastern Studies.

I am the author or editor of 23 books of which the most recent is Islam, Christianity and the Realms of the Miraculous: A Comparative Exploration (Edinburgh University Press, 2019). I was the editor of The British Journal of Middle Eastern Studies for many years and I am currently General Editor of the Routledge Sufi Series,the Routledge Culture and Civilization in the Middle East Series and the Edinburgh History of the Islamic Empires Series. I have served on several national committees as, for example, Chair of the Arts and Humanities Research Council (AHRC) Research Panel 8 (Philosophy, Religious Studies and Law), and as a Sub-Panellist in my field for the Research Assessment Exercise of 2008.I am also a member of the research cluster for Islamic studies within the Institute.

I have a particular interest in classical Arab and Islamic history, Islamic theology and philosophy, sufism, medieval Arab travellers, Arabic and Islamic bibliography, Islamic art and architecture, comparative textuality and semiotics, and comparative religion. As an external or internal examiner, I have examined more than one hundred and sixty doctoral dissertations in numerous UK universities. I have also examined research degrees in Finland and Turkey.