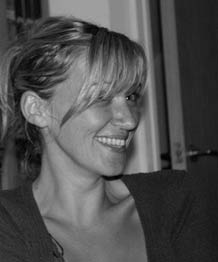 Kelsey Shanks is the Global Challenges Research Fund Challenge Leader for Education Research within UK Research and Innovation and a Senior Lecturer at Ulster University. Her research agenda focuses on the relationship between education and conflict in divided societies, with an exploration of education’s links to post-conflict stabilisation and peacebuilding agendas. She has conducted extensive research in Iraq, along with work in Ukraine, Palestine, Syria, Somalia and Lebanon.

Kelsey has led commissioned research projects for a range of international actors, including UNAMI, UNESCO, UNICEF, USAID and GIZ. She has a demonstrated record of external engagement, having provided guidance and briefings on education, peace and conflict to UN agencies, government bodies and various INGOs, most recently speaking at the Education Cannot Wait Education Forum on Syria and the UNICEF MENA education forum.

Kelsey has a PhD in Political Science from the University of Exeter. Her subsequent academic career has been research focused, with fellowships at the University of York Postwar Reconstruction and Development Unit (PRDU) and the University of Exeter Institute of Arabic and Islamic Studies (IAIS). Kelsey is the author of Education and Ethno-Politics; Defending identity in Iraq (Routledge, 2015) and various book chapters and articles.

Papers
- Shanks, K. 2016. The changing role of education in the Iraqi disputed territories: assimilation, segregation and indoctrination. Globalisation, Societies and Education, 14(3), pp.422-433.
- Shanks, K, 2018. The Politics of Education in Iraq: The Influence of Territorial Dispute and Ethno-Politics on Schooling in Kirkuk. Journal of Education in Emergencies, 4(1), p.141.
- Shanks, K., 2019. The Politics of IDP Education Provision: Negotiating identity and schooling in the Kurdistan Region of Iraq. International Migration, 57(2), pp.32-47.
- O’Connor, Larkin, Nasara, Shanks. School choice and conflict narratives: representative bureaucracy at the street level in East Jerusalem (Accepted to Admin and Society)
- Shanks, K. 2018. Societal Security and Education in Conflict. Education and Conflict Journal (accepting to a forth coming special edition of Education and Conflict Journal)
- Shanks and Stansfield. 2018. Internal Displacement in Iraq: Inter-ethnic relations in the Kurdistan Region of Iraq (Under Review with Middle East Studies Journal)