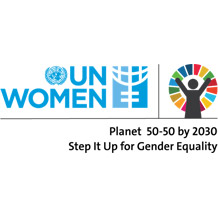 Dr Charlotte Bishop spoke on domestic violence at Queen’s University, Belfast as part of the UN’s 16 Days of Activism against Gender-Based Violence Campaign. Dr Bishop’s paper explained why it is vital for law and policy in this area to take into account the role of gendered expectations in both sustaining and normalising domestic violence and abuse.

16 Days of Activism ran from 25 November, the International Day for the Elimination of Violence against Women, to 10 December, Human Rights Day, and was a time to galvanize action to end violence against women and girls around the world. The international campaign originated from the first Women's Global Leadership Institute coordinated by the Center for Women's Global Leadership in 1991.

Dr Bishop's paper outlined the importance of taking a gendered approach to understanding and responding to violence and abuse in the domestic sphere, particularly in the context of the offence of ‘controlling or coercive behaviour’ introduced in 2015 under Section 76 of the Serious Crime Act.

The need for an approach of this kind is based on two arguments which are well supported by socio-legal and social science literature. The first is that instead of resulting from the deviancy of particular individuals or dysfunctional relationship dynamics alone, the commission of domestic violence often has its roots in broader social and cultural conditions of gender inequality. The second, related, argument is that the failure to acknowledge the role of domestic violence in maintaining male power and control has led to a misplaced focus on physical violence, rather than recognition of the broader spectrum of behaviours and harms used by perpetrators to gain power and control. A gendered approach, particularly in light of the ways coercive control is known to exploit gendered norms and expectations, enables the root causes to be recognised and addressed, thus moving beyond a reactive approach to one which targets inequality and gender discrimination at a deeper level.