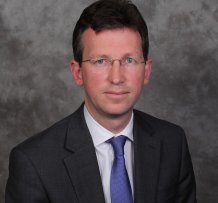 The Attorney General and Solicitor General advise the Government and oversee the work of the Crown Prosecution Service and Serious Fraud Office. They also carry out a number of functions in the public interest, such as considering unduly lenient sentences, and take action when there has been a contempt of court.

“The office of Attorney General is a historic and important one. It is a great privilege to hold it, and the job is best done with energy and independence, as it has been by my many illustrious predecessors,” Jeremy said.
“I look forward to all of the challenges that the role will bring, and to playing my part in an effective justice system and in maintaining this Government’s commitment to the rule of law.”

“On behalf of the University I would like to congratulate Jeremy on this prestigious appointment and wish him every success,” said James Devenney, Head of the School of Law. “It is incredibly inspiring for our current students to see just how far a degree from Exeter could take them.”

Jeremy was called to the bar in 1996 and became the Conservative MP for Kenilworth and Southam in 2005. He served as a member of the Justice Committee and founded the All-Party Parliamentary Group on Dementia in 2007. In 2010 he became a Government Whip and most recently was Parliamentary Under-Secretary for Justice as Minister for Prisons and Rehabilitation.