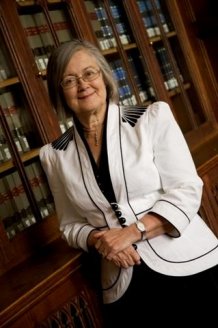 The Final Conference of the Leverhulme International Network on New Families; New Governance project led by the Law School Professors Anne Barlow and Liz Trinder was held at Trafalgar Hall, at the University of Notre Dame’s premises in London on the 5th and 6th September 2014 to debate and evaluate the Network’s academic conclusions with a wider audience.

Against the background of recent radical changes to the Family Justice System in England and Wales, Baroness Hale of Richmond opened the final conference and provided the keynote address on the theme of Family Law and Policy: Looking back to move forward?

The conference drew together a range of interdisciplinary experts from the UK, Australia, America and Europe and went on to present and debate with their invited audience the emerging findings from the Network’s themed research which had been developed comparatively at three previous workshops over the past three years.

The programme and discussion reflected in particular on the following topics which have resonance across the jurisdictions studied:

The International Network has already worked together to publish a forthcoming issue of the Journal of Social Welfare and Family Law in January 2015. The partners have plans to undertake further comparative research and publication activities and a summary of the work of the final conference will be published in Jordan’s Family Law Journal in the new year.