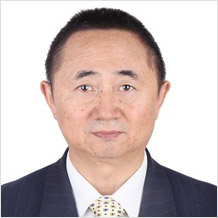 The Ramon Magsaysay Award, Asia’s highest honour widely regarded as the region’s equivalent of the Nobel Prize, has been awarded to a visiting professor at the University of Exeter. Canfa Wang, a senior professor in Environmental Law at China University of Political Science and Law(CUPL) was undertaking research at Exeter’s School of Law, when he was notified of the prestigious prize.

At CUPL, with whom Exeter has a Memorandum of Understanding (an agreement for institutions to work together); Professor Wang established the Centre for Legal assistance to Pollution Victims (CLAPV) which is the first environmental law NGO in China. Under his initiative and leadership,CLAPV launched a new model in China’s environmental dispute resolution, designed to ease the tension among the government, polluters and pollution victims.

Robert Lee, a Professor of Environmental Law at Exeter Law School said:"It was always a privilege to host Professor Wang at Exeter as one of the leading environmental law scholars in the world, but to find that he has been selected by the Ramon Magsaysay Award Foundation during his visit gave us great cause for celebration. Typically Canfa says that all of the money paid under the award will be ploughed back into the pro bono work at his Centre for Assistance to Pollution Victims. We would hope in the future to have students work as interns at the Centre.”

Professor Wang has presided over or taken part in the drafting and discussion of more than 30 laws and regulations and rules on environmental protection in China, include Water Pollution Law,Clean Production Law and Environmental Impact Assessment Law.

The Ramon Magsaysay Award celebrates the memory and leadership example of the third Philippine president after whom the award is named. It is given every year to individuals or organisations in Asia who manifest the same selfless service that ruled the life of the late Filipino leader. Professor Wang is only the 17th Chinese recipient to have received the award in over 60 years of the awards existence.