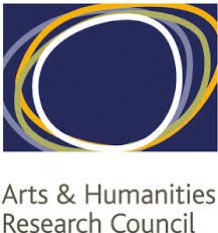 Dr Griffin (lead PI) , in conjunction with Dr Osuji (PI), have been successful in obtaining an £83,303 grant from the AHRC. The research project was awarded to them acting as members of BILETA (the British and Irish Law, Education and Technology Association).

They will be working with Dr Annika Jones (Durham, formerly of Exeter) and Dr Phoebi Li (Sussex) alongside colleagues from the University of Nottingham Ningbo in China, as well as from the Chinese University of Politics and Law in Beijing, China, and SLM in Singapore.  The grant has been awarded through the AHRC Centre for Digital Copyright and IP Research in China. They will be investigating the use of automated licensing systems for 3D printing. Their project has been cited as one of three key elements in China-UK relations in a speech by the IP Minister, Baroness Neville-Rolfe, in front of the Chinese delegation visiting the UK in October 2015. The funding will last for one year.